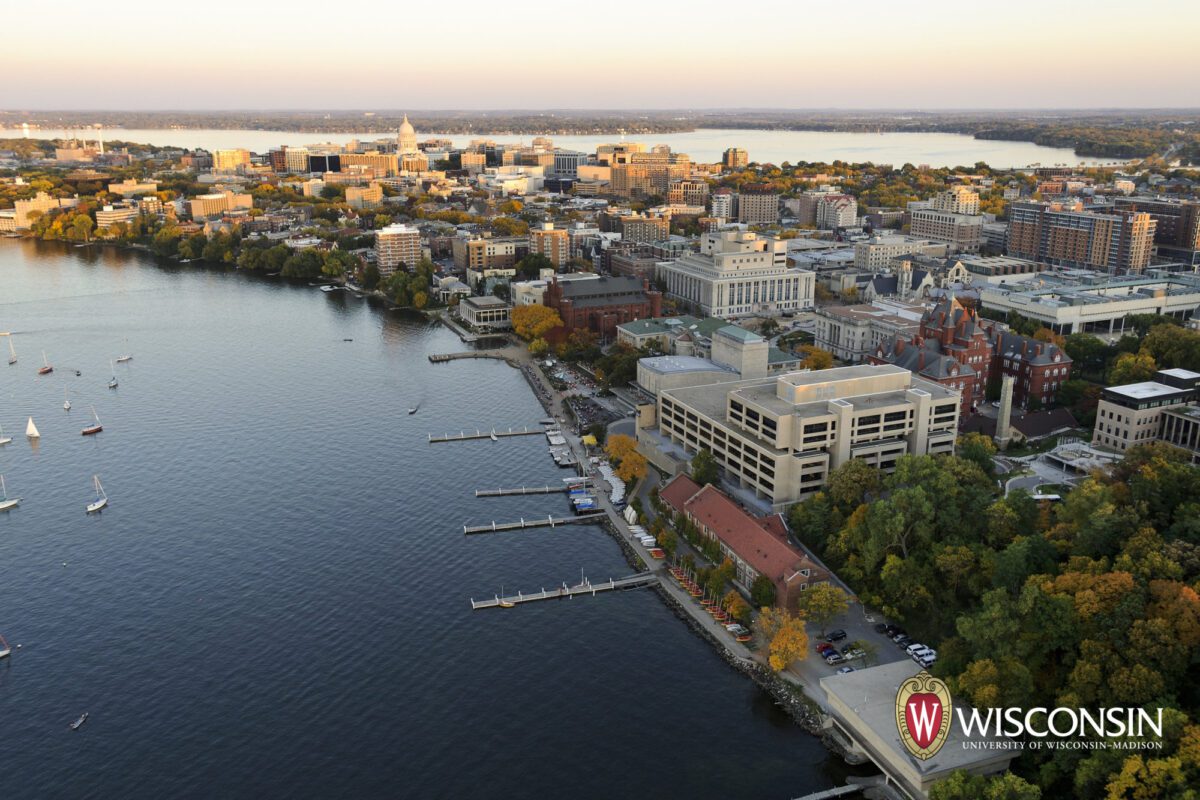 Summer in Madison: a time for Babcock ice-cream, nights on the terrace … and homework? Although it’s not the first image that comes to mind, for many students, summer is a better time to tackle tough courses or load up on credits to graduate early.
The University of Wisconsin-Madison offers more than 1,000 courses during the summer, including many popular choices like Spanish 203, Math 221, Philosophy 101 and Statistics 301. The university also offers 100 online courses, which gives students the flexibility to take courses even if they leave Madison for the summer. Enrollment is now open for all summer courses through MyUW.
Summer Term is an opportunity for students to stay on track for graduation, according to the Dean of the College of Letters and Science John Karl Scholz.


“We want students to have the opportunity to succeed at UW-Madison,” Scholz says. “Summer Term gives students a chance to earn credits toward early or on-time graduation, enroll in a challenging course with more time to devote to studying, or to lighten the credit load in fall or spring.”
For UW-Madison alumna Sineigh Quinn, summer courses were a way for her to graduate one semester earlier than planned. During the summer of 2014, she took two online courses, which gave her the flexibility to work at the same time.
“I retained so much more information, and I was able to study around my own schedule,” Quinn says. “The information was presented in so many interesting ways, and the assignments still required me to apply my knowledge and actively participate in discussions.”
Although summer courses are collectively called “Summer Term,” UW-Madison has several sessions that range from three to eight weeks and run between May 26 and August 7. The most popular Summer Term session is the eight-week period between June 15 and August 7.
The shorter timeframes and accelerated curriculum allow students to better focus on the material, rather than being pulled in several directions by three to four other classes.
Graduating Senior Jeremy Mendoza also balanced work and school during the summer of 2014.
“I liked being on campus with fewer students around, which overall made my mood quite relaxed and open to the idea of taking summer classes,” Mendoza said. “The classes were more fast-paced and concentrated, which ended up helping me learn more and faster.”
Mendoza, who majored in both Studio Arts and Theatre and Drama, credits summer courses with being able to graduate this May on time with a double major.
Quinn said she felt less stress and pressure compared with a traditional semester.
“I was surprised how manageable the summer courses are! I was able to stay on top of my studies with six credits and still work, as well as have fun with my friends and family,” Quinn says. “I wouldn’t say that it is because summer courses are easier, but because summer courses are more likely to be flexible with your schedule and routines. They require the same amount of effort and dedication that traditional semester courses do.”
If you’re interested in taking summer courses, talk to your adviser and visit the Summer Term website.