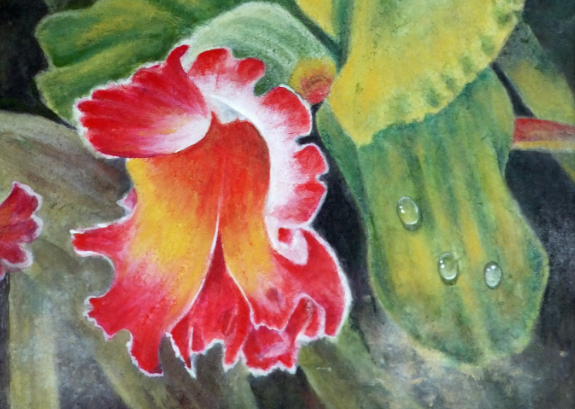 What does the world look like to a Wisconsin visual artist? Since 1940, the Wisconsin Regional Art Program (WRAP) has allowed us to see through their eyes by encouraging self-expression in all corners of the state. WRAP’s 75th anniversary culminates in an exhibition that showcases homegrown artistic vision.

The Wisconsin Regional Art Program helps nonprofessional artists from Wautoma to Woodruff develop their creative abilities. It holds workshops and exhibitions around the state, including an annual showcase in Madison for award-winning work. This year’s 75th anniversary exhibition features more than 200 artists at the Pyle Center on August 13-September 26. The artwork was chosen by the two dozen professional artists who’ve judged local WRAP exhibitions.

The state exhibition concludes with an annual conference on September 26, including an awards presentation. With help from WRAP’s nonprofit partner organization, the Wisconsin Regional Artists Association, selected artists will receive over $5,000 to support their continued development. The awards are made possible by contributions from individuals and organizations.

“The amateur artists who participate in the Wisconsin Regional Art Program are true lovers of artistic and creative growth for its own sake,” says WRAP director Helen Klebesadel. “While they may not be professionals in the sense of making their living in the arts, the art they make often reaches professional level in technique and content. Many of them put their art aside to make a living or raise a family and now credit WRAP with giving it back to them.”

Visual art and the Wisconsin Idea

The Wisconsin Regional Art Program is the only program of its kind in the United States. It was inspired by the Wisconsin Idea: the longtime policy of using University of Wisconsin resources to benefit the state.

WRAP began as a UW-Madison initiative to engage rural Wisconsin in cultural activities. The American Regionalist artist John Steuart Curry, who served as the university’s artist-in-residence from 1936-46, became a mentor to adults in small communities who wanted to pursue art in their spare time. Since then thousands have participated in the program, which has expanded to include urban areas.

“It’s rural and urban,” Klebesadel says in an Isthmus article on WRAP’s 75th anniversary, “because there’s as much need for the arts, if not more need, in urban areas.”