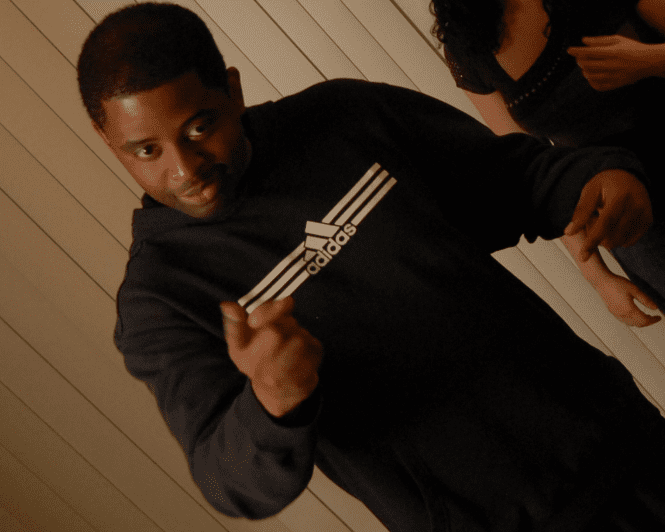 Julian Awooner Renner spent a whole year writing his first screenplay. He entered the finished product in a screenwriting competition but didn’t get past the first round.

Renner realized he needed help to take his writing to the next level. He came across Screenwriting: Write Your First Draft Fast, an online course from the University of Wisconsin-Madison’s Division of Continuing Studies. It offered one-on-one mentoring with professional writer Christine DeSmet, an expert in developing story structure, characterization, scenes, and dialogue.

Renner registered in the course, working with DeSmet via email on a screenplay called Little Girl Found. It’s the story of a teenager in Sierra Leone who’s coerced into being a prostitute. Renner spent his early years in Sierra Leone and gathered material for the screenplay during a year of research there.

With DeSmet’s help, he finished the draft in a couple of months and sent it off to screenwriting contests. It won second place in the CineStory Foundation fellowship contest, advanced to the second round of the Sundance 2016 January Screenwriters Lab, earned a spot in the Filmmakers International Screenwriting Awards festival, and reached semifinalist status in the Final Draft Big Break Screenwriting Competition.

That’s heady success for a screenwriter who’d never made it past a contest’s first round before. And Renner acknowledges DeSmet’s role in his breakthrough.

“Chris teaches you about pacing and formulating your ideas,” he says. “I would write based on scraps or from a notebook, but she taught me how to organize my thoughts and work more professionally. It proved to be beneficial because I moved at a better pace.”

Screenwriting: Write Your First Draft Fast allows students to enroll at any time and complete the course within a year. They can choose level one, which includes basic exercises plus feedback on a script’s first 20 pages; or level two, which takes them all the way to a finished draft.

“You can send her the pages you’ve written, and she provides detailed notes on them,” he says. “She won’t let you move forward until you give her some good material. When you veer off she’s there to pull you back and make you focus, or to tell you to go back and do more research.”

Renner had such a good experience in Screenwriting: Write Your First Draft Fast that he registered for the course two more times. That allowed him to work on additional screenplays with DeSmet: Saved, about a priest who launders money for a drug dealer; and The Spotter, about a Navy Seal stranded in Afghanistan with a teenage Taliban bride. As with Little Girl Found, he turned around the drafts within two or three months.

Renner is even considering a fourth go-round in the course.

“I would recommend it a thousand percent,” he says. “l wish I‘d met Christine earlier, but better late than never. If you’re willing to work at it, she will push you to create stuff you didn’t think you could create.”