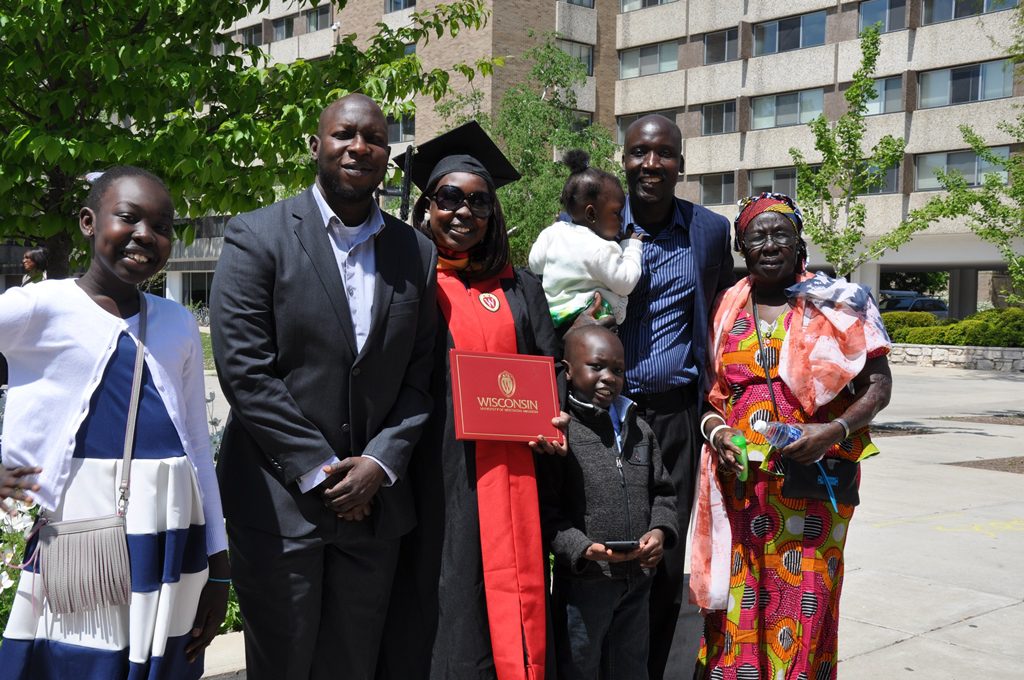 Josephine Lorya-Ozulamoi knew that the UW-Madison Odyssey Project, which empowers people to make the transition to college, would change her life. But this past spring, as Lorya-Ozulamoi obtained her master’s degree in social work, she realized that the Odyssey Project is actually part of her family and will be a partner for the rest of her life.

Lorya-Ozulamoi and her family immigrated to the United States after escaping the war in South Sudan. They all, including her husband, believe strongly in the value of education.

The Odyssey Project allowed her to begin her educational journey, providing free tuition and textbooks as she earned her first college credits.

First steps to a new destination

Lorya-Ozulamoi went on to pursue a liberal arts transfer from Madison College to UW-Madison and completed her undergrad degree in sociology in 2012. While she initially thought law school would be the next step, her time with Odyssey and her work with refugees brought the realization that her passion is social justice.

So, while raising a young family, Lorya-Ozulamoi returned to UW-Madison part-time, completing her master’s in social work in four years. As she walked across the stage for her diploma, Lorya-Ozulamoi was only weeks away from giving birth to her fourth child. 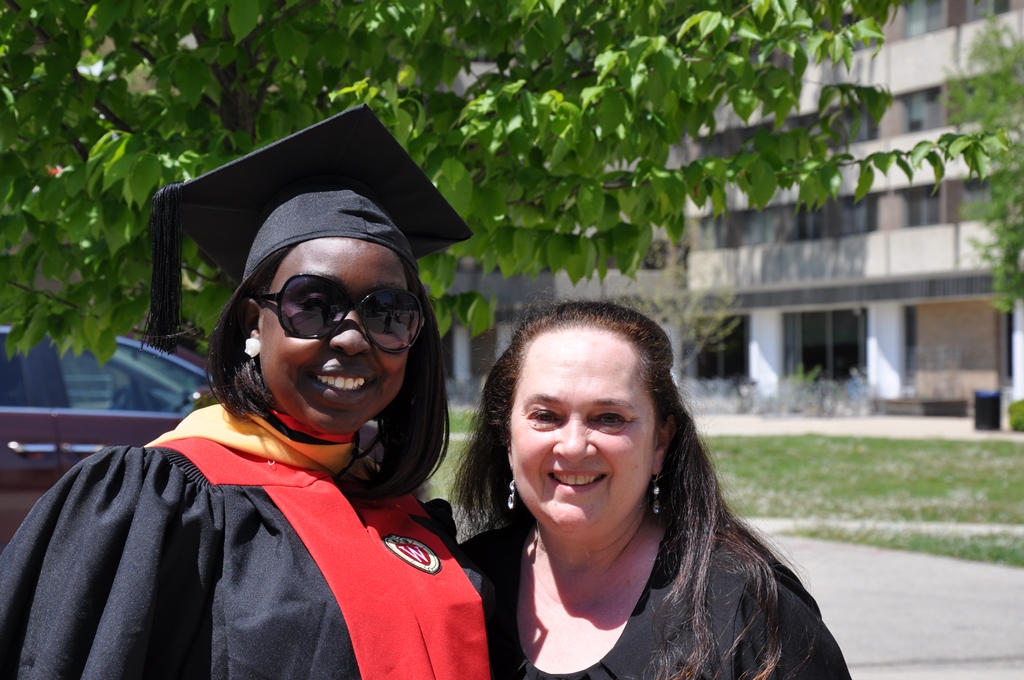 The Odyssey Project helps people begin the journey out of poverty. But the staff knows that the students need help to stay on the path toward degrees or better lives.

The Odyssey Project has been successful, with 400-plus graduates who say they are more likely to read, vote, and go to college after finishing the program. Odyssey Project Director Emily Auerbach estimates that she is still in touch with two thirds of its graduates. About half of the graduates return to Odyssey for some form of continued assistance, whether for help paying for textbooks or other essentials or for advising.

“We create a community of adult learners who encourage each other along the hard road to academic success. Most of our students are the first in their families to go to college, so finding a support network to encourage and advise them increases their chance of completion,” says Auerbach.

“We also, quite frankly, get close to each student and feel like a family of sorts. So staying in touch is emotionally important for all of us, too.”

While Lorya-Ozulamoi received a prestigious Lisa Munro Next Generation scholarship in recognition of her hard work as a graduate student, as with many other Odyssey students, the intangible support was just as important.

“I knew that everyone at Odyssey, from the staff to my fellow students, would help me as I pursued my degrees,” she says. “Emily mentored me, provided guidance, and gave me positive feedback. In fact, I called her during the last weeks of school, when everything felt crazy and hectic.”

Lorya-Ozulamoi strongly feels the need to give back to Odyssey and the community.

“Through my work with refugees, I know there’s value in sharing my experiences, advice, and support,” she says. “I remind them that there is no ceiling or time limit on obtaining an education. They need to go at their own pace and take advantage of all the services and support available to them, including through the Odyssey Project.”

How confident is she in Odyssey’s ability to change lives? At her advice, an entire family of refugees from Iraq have gone through the program, and four of her close friends have just applied.

“Education is everything. It can’t be taken away. That’s what I tell them.”

To donate to the Odyssey Project, see here. For more information, contact Auerbach at 608-262-3733 or emily.auerbach@wisc.edu.