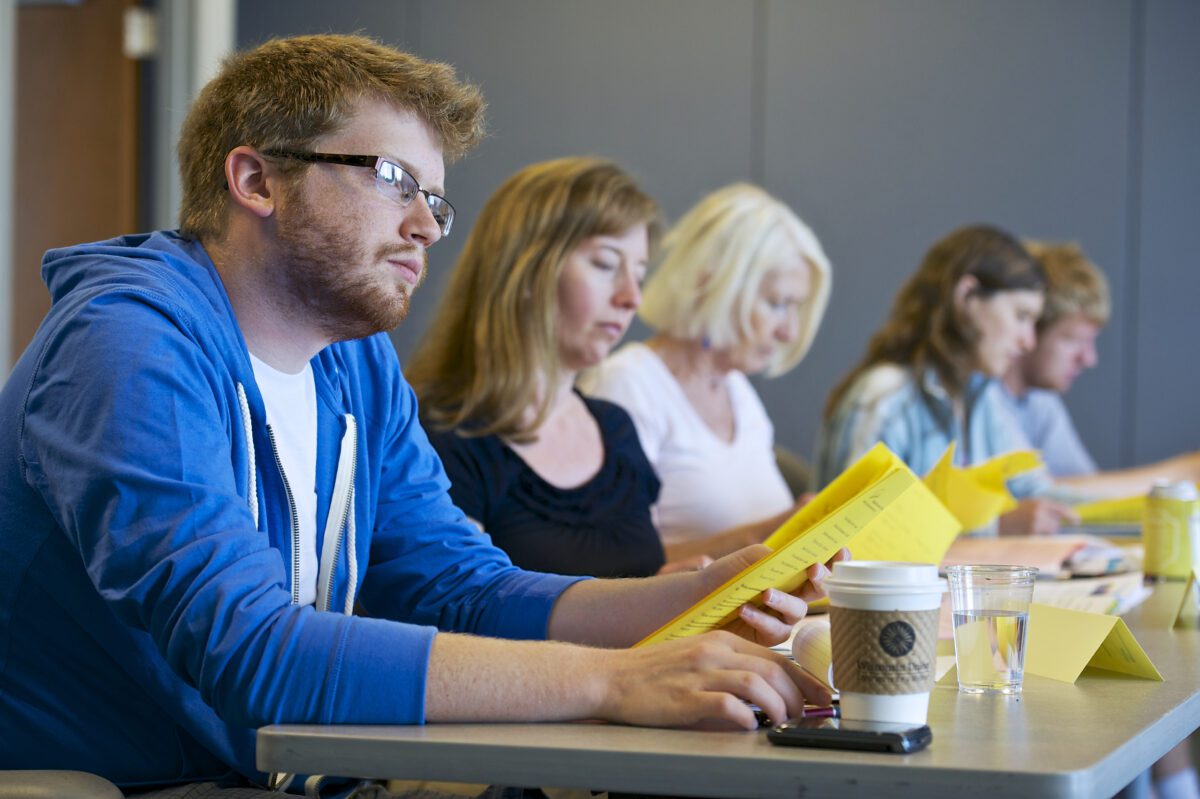 Novelist and veteran journalist John DeDakis writes to heal. After losing his sister in 1980 and his youngest son in 2011, DeDakis poured his grief into books. The author of four mystery-suspense novels, he has found catharsis and a calling.

“In my experience, healing comes when we face our pain rather than trying to anesthetize it,” he said.

He’ll share lessons and insights at the University of Wisconsin–Madison’s 21st annual Write-by-the-Lake Writer’s Workshop & Retreat on June 17-21. Writers of all levels will meet in a professional, friendly, creative atmosphere. Leading educators and writers from UW–Madison and across the country will teach a variety of sessions in fiction, nonfiction, and poetry.

From journalist to novelist

DeDakis started his journalism career in 1969 as a reporter, joining CNN as a writer in 1988 and ending as an editor for CNN’s “The Situation Room with Wolf Blitzer.” He retired from journalism in 2013 to write full time while editing manuscripts and conducting writing workshops around the country and abroad.

His fourth novel, Bullet in the Chamber, published in 2016, follows White House correspondent Lark Chadwick as the president goes missing and the first lady’s life is at risk.

“Covering presidential campaigns and the White House during the last three years of Reagan’s presidency was a critical experience that informed Bullet in the Chamber, as well as my upcoming novel, Fake,” he said. “In my stories, I try to give people a glimpse into what it’s really like for a reporter behind the scenes.”

Like many writers, DeDakis had to face down fears of failure as he started to write fiction. At Write-by-the-Lake, he’ll help participants overcome their fears and demystify the novel-writing process.

“I made a lot of mistakes on the way to getting published, so my class is designed to help students learn what I learned the hard way,” he said. “One key to overcoming fear is to learn from your experience, then make improvements, but keep trying. Fear is a normal part of the process.”

DeDakis said his session at Write-by-the-Lake will have plenty of opportunities to ask questions and get practical, hands-on writing experience.

“I look at the novel-writing process from an elevation of 30,000 feet, so that all the moving parts of the process can be seen from beginning to end. Then, we dig deeper into some of the more important aspects of novel writing, especially character creation,” he said. “My goal is to encourage people and show them that much of their creativity is already inside. They’ll learn how to tap into it.”

DeDakis is committed to his craft, journaling every morning.

“For me, writing is a way to gain inner clarity. Writing fiction has also been a catharsis and a way to explore issues of suicide, loss, and grief,” he said.

He reflected his sister’s suicide in 1980 in the opening scenes of his first novel, Fast Track. In Bullet in the Chamber, DeDakis used the death of his 22-year-old son from a heroin overdose as a subplot, but also as another way to cope with grief.

“I’ve found that you don’t have to scratch hard to find pain and loss inside someone,” he said. “My willingness to write and talk about my experiences has helped to destigmatize the issues of suicide and addiction so that people are less likely to suffer in silence and isolation.”

A La Crosse, Wis., native and graduate of UW–Madison, DeDakis lives in Baltimore. He’s taught journalism at the University of Maryland-College Park, and regularly teaches novel writing at a writers’ center and bookstore.

“I love Madison and try to get back every chance I get,” he said of the writing retreat. “I’m really looking forward to being in town and getting to know and work with writers who are serious about honing their craft.”