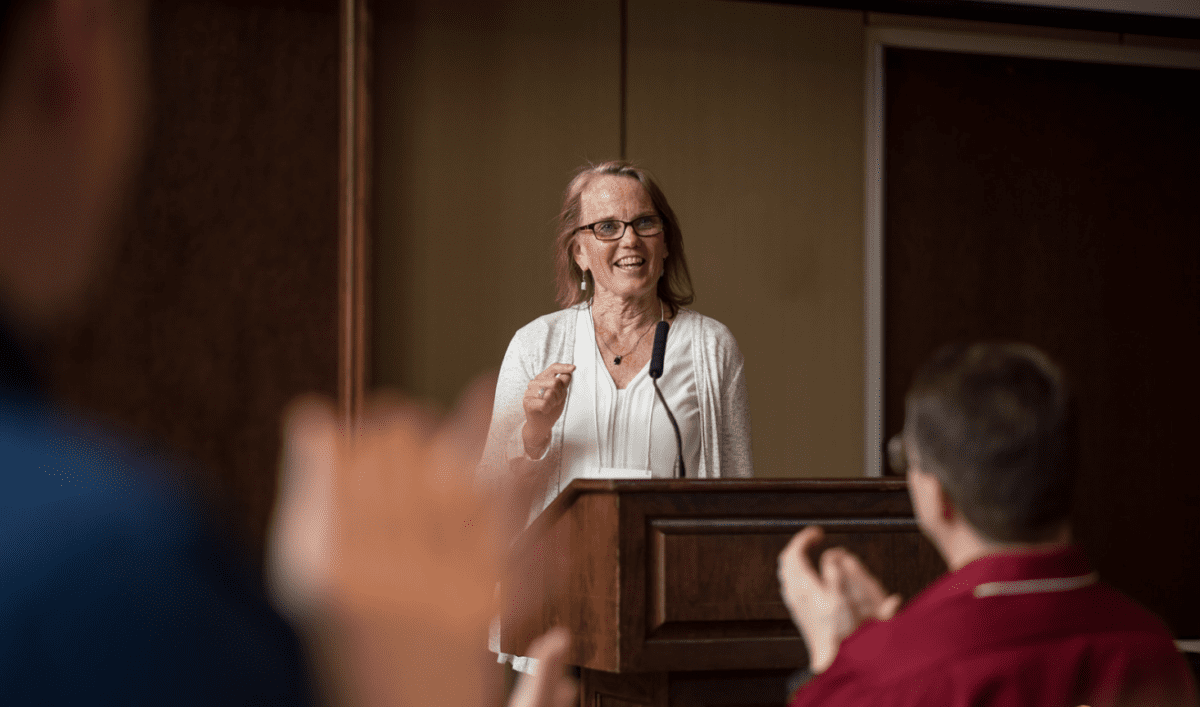 Returning adults and other nontraditional students have broader access to the University of Wisconsin–Madison today, thanks to the tireless work of Judith Strand. Following 40 years of service at three universities, she will retire this month from her post as associate dean and director of Adult Career & Special Student Services in the Division of Continuing Studies.

A native of Sacramento, California, Strand was the lone female student enrolled in the University of California–Davis agricultural education program in the mid-1970s. That experience led to a position at Cornell University, where she developed teaching materials to increase diversity in the agriculture industry. Her move to Wisconsin prompted a new focus on liberal studies as she worked as an advisor at UW-La Crosse before moving to administration of the Women’s Studies program there.

Strand joined UW-Madison in 1987 as a teaching assistant in the Integrated Liberal Studies program while pursuing her graduate degree in political science and women’s studies. She joined Continuing Studies in 1998 and was appointed associate dean and director in 2007. Under her leadership, ACSSS evolved through the integration of two distinct units—the Office of University Special Students and the Adult Career & Educational Counseling Center.

“Thanks to Judith’s leadership and dedication, working adults have a welcoming gateway to the UW-Madison campus—a place where they can take their first steps toward returning to college,” says Jeffrey S. Russell, vice provost for lifelong learning and dean of continuing studies. “She is a mission-driven leader who has been especially effective at increasing the amount of financial aid available to returning adult students.

“Across campus she is known as a trusted resource—someone who can be counted upon to share her encyclopedic knowledge freely with others. In our division, she is admired for her unwavering loyalty to the staff, unparalleled work ethic, and uncommon attention to detail.”

Strand chaired the Council on Academic Advising for three years and served on many campus-wide committees. In 2004 Chancellor John Wiley tapped her to direct the Connections Program, an initiative to provide broader college access to Wisconsin high school students.

“Throughout my career, a common thread is working to bring people into the vital world of learning-–and meeting that commitment, whether a teacher, advisor, administrator, or citizen,” says Strand. “It is a privilege to have worked in higher education, especially at such a great university, with colleagues dedicated to its public service.”

Martin Rouse, director of Special Student Admissions since 2010, will serve as interim associate dean following Strand’s departure. Rouse has worked with international students and returning adults throughout his UW-Madison career, which began in 1995 in the Office of Undergraduate Admissions.