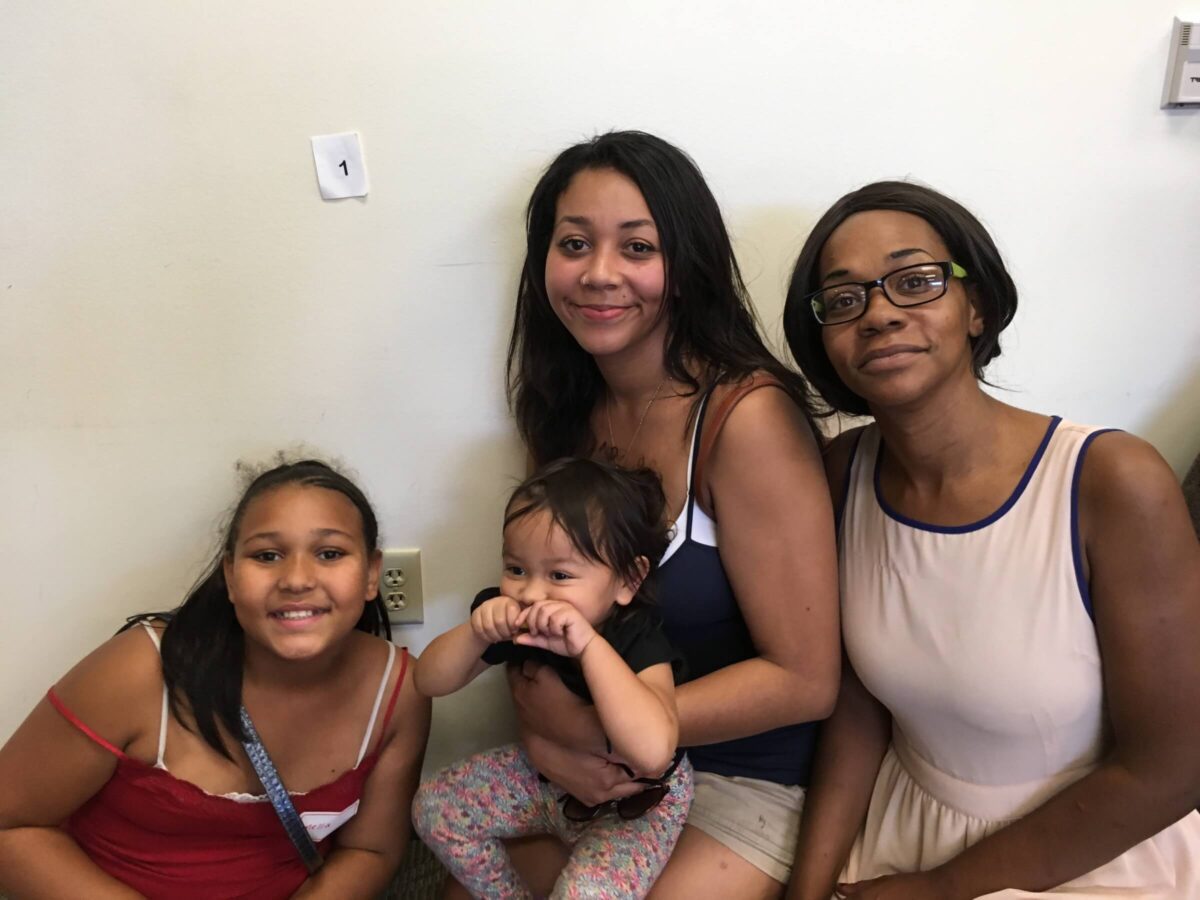 In 2008 Sherri Bester graduated from the Odyssey Project, University of Wisconsin-Madison’s two-semester humanities course for adults facing obstacles to a college education. That achievement inspired her daughter Keziah, who participated in a related program for kids called Odyssey Junior in 2015-16.

But Keziah didn’t stop there. Last fall, she followed in her mother’s footsteps by entering the Odyssey Project. She’s had a transformative experience and will graduate with the rest of her class in a May 2 ceremony.

Sherri Bester went on to receive a college degree, and Keziah is surely on the same path. Together, mother and daughter exemplify the Odyssey Project’s profound effect on families.

“I can feel and see the love that is put into this program, and I’m so happy to be part of it,” says Keziah.

Every year since 2003, 30 adults have taken the Odyssey course, earning six credits in English from UW-Madison. Odyssey provides textbooks, childcare, and a weekly dinner, making it possible for participants to study great works of literature that resonate with their own lives.

By opening the university’s doors to people dealing with poverty, addiction, homelessness, and other challenges, Odyssey offers hope for the future. And hope has a way of making itself felt across generations.

That’s evident in a new report surveying the program’s 400-plus alumni. A majority of them say that, as a result of Odyssey, they’re better at modeling the importance of education for family and friends. Nearly 70 percent say their experience in Odyssey increased their children’s interest in attending college, and 86 percent say it had a major effect on their ability to support their children in school.

“The Odyssey Project helped me to break through glass walls and rusty chains, to unlock the fearful bars and dark cages, and to open up the endless doors to education, freedom, empowerment, and hope,” says Sherri Bester.

The Odyssey Project class of 2017-18 illustrates program’s ripple effect on families. Along with Keziah Bester, six other students have relatives who graduated from Odyssey.

“For 15 years, I’ve loved watching the way one student’s success inspires other family members to apply for the Odyssey Project, broadening the generational impact of our program,” says director Emily Auerbach.

Like those who came before, the current class members have had their share of struggles. Tandalaya Taylor, for example, has persevered in spite of stage-four cancer.

“I wasn’t sure what I wanted for myself before Odyssey,” says Taylor, whose cancer is in remission. “Now I’m ready to do some dream catching and cheerleading to get to that finish line. I just want to do everything!”

To judge from previous graduates, such courageous efforts will likely pay off. The report found that 75 percent of Odyssey students continue to enroll in college coursework, and that 24 percent have earned a college degree or a professional certificate. A full 100 percent believe that Odyssey improved their writing skills.

The current class will celebrate their bright futures at the May 2 graduation ceremony, held at the UW-Madison Memorial Union Great Hall at 6:30 p.m. Students will read moving excerpts from their work, followed by a reception. The event is free and open to the public.

“The Odyssey Project is a gem because it allows for the voices of those who are normally kept silent or ignored to get the nurturing and support those voices need to be set free,” says Everett Mitchell, a Dane County circuit court judge who will speak at the ceremony. “I am inspired by their journeys, and I know others who hear from them will leave inspired as well.”

To learn more about the Odyssey Project or to donate, see the Odyssey website. For more information, contact Emily Auerbach, 608-262-3733, emily.auerbach@wisc.edu.

Pictured above: Odyssey student Tyjeana Galloway (right) with her daughters and granddaughter.