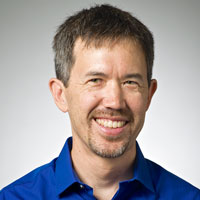 Alan Ng is responsible for leading and managing the use of technology within the Division, and also serves the entire campus as a leader and consultant on outreach technology.

Alan is chiefly responsible for overseeing the Division’s use of technology and providing strategic IT leadership on behalf of lifelong learning needs across campus. That work includes program management, governance, and consulting across the areas of instruction, marketing, recruitment, financials, identity management, and business process automation.

Alan’s main academic background is in German literature, for which he completed a PhD at UW–Madison in 2002 on the topic of a politically explosive 1962 East-Berlin poetry reading with far-reaching consequences. His professional notoriety in this field, however, rested mainly on his volunteer work publishing and editing germanistik.net, arguably the world’s leading professional Web portal for Germanists, which he founded in 1996. His interests in Germanistik have always incorporated technology, including inventing online teaching tools in German and Dutch during the birth years of the Web, writing academic hypertext (such as on poet Paul Celan) and building the North American directory database for German studies. More recently, Alan invented and built Syntax Untangler, an online, open-source tool for teaching reading skills in any language. Since 2014 he has also been the ongoing author of our globally popular open (OER) textbook A Foundation Course in Reading German. For nearly 20 years Alan served the Division as an instructor and program director for various German programs.

Alan’s technology background extends back to the mid-1970s, when he began by writing a tiny FORTRAN program on a room-sized mainframe, and includes every generation of computer technology since then. He actually enjoys (!) hands-on work on hardware and software, as evidenced by his experiences in Silicon Valley firms both in integrated-circuit as well as artificial-intelligence testing, running his own one-man PC manufacturing business during college, and a lifelong habit of writing his own software tools in a number of different computer languages for use in his other, less geeky interests. He studied computer programming for several years in the Bay Area and gave his career as a technologist a solid foundation by earning a BA in Physics at UC-Berkeley.

These days, Alan is a leader in the global, networked community of scholarship on the subject of Irish traditional music. His primary long-term research project is building the nonprofit, high-tech Irish Traditional Music Tune Index, which he publishes at irishtune.info. This research is whole-heartedly inspired by his down-to-earth career as a professional musician and community organizer in Madison’s traditional Irish music and dance scene. Besides playing the fiddle and other instruments in several local bands (listed at alan-ng.net), he also operates the nonprofit website celticmadison.org and has taught Irish music classes in Continuing Studies’ adult noncredit music program.