"A workshop like this makes the writing life real. From the instructors to the other writers, the group shared their stories and often received on-the-spot remedies for problems. My critique group was a gift. Laurie was wonderful in guiding us through a thoughtful and rich discussion of strengths in our opening pages. We all left ready to finish our drafts with renewed energy." 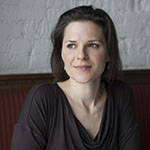 Michelle Wildgen (MFA, Sarah Lawrence College) is the author of the novels Bread and Butter, But Not For Long, and You’re Not You. She has taught fiction and nonfiction at UW-Madison, the Iowa Summer Writing Festival, and the Tin House Writers’ Workshop. She is an executive editor at Tin House Magazine and former books editor with Tin House Books. Her writing has appeared in The New York Times, O, the Oprah Magazine, RealSimple.com, and in the anthologies Best New American Voices 2004, Best Food Writing 2004 and 2009, and in StoryQuarterly, TriQuarterly, Prairie Schooner, and elsewhere. michellewildgen.com 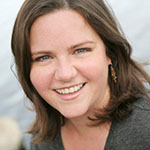 Susanna Daniel’s (MFA, University of Iowa) debut novel, Stiltsville, was awarded the 2011 PEN/Bingham Award for best debut fiction, and was named an Amazon Best Debut of 2010, a Huffington Post Best Book of 2010, and an Oprah.com summer read. Her second novel, Sea Creatures, was the Target Book Club selection for September 2014, and was called  “a captivating, haunting novel” by Abraham Verghese. Her essays and short stories have been published in Slate, Newsweek, Epoch, and elsewhere. She has taught writing at the University of Iowa, UW-Madison, Ripon College, and Madison College. susannadaniel.com 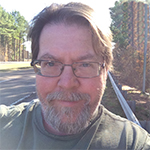 Alex Bledsoe is an American author best known for his novels of the sword and sorcery and urban fantasy genre. His work is characterized by hard-boiled protagonists and strong classical noir themes. He is the author of four novel series, about musical fairies from the Smoky Mountains living among us (the Tufa novels); a sword-for-hire who, for twenty-five gold pieces a day, will find the skeletons or make sure they stay in the closet (the Eddie LaCrosse novels); and polyester-clad vampires in the 1970s who spend as much time dealing with the racial tensions as they do with blood-letting (the Memphis Vampires novels).In addition to his novel series, Bledsoe has published over fifty short stories. He has been an editor, photographer, reporter, and vacuum cleaner salesman. He was born in western Tennessee and now lives in Mount Horeb, Wisconsin. alexbledsoe.com 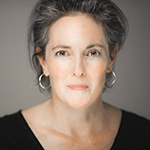 Christine Maul Rice was included New City’s LIT 50: WHO REALLY BOOKS IN CHICAGO and named one of 30 WRITERS TO WATCH by the Guild Complex. Her novel Swarm Theory was awarded an Independent Publisher Book Award and a National Indie Excellence Award, as well as being given Honorable Mention by the Chicago Writers Association for Book of the Year. Swarm Theory also made PANK’s Best Books of 2016, and was included in Powell’s Books Midyear Roundup: The Best Books of 2016 So Far. Most recently, Christine’s short stories have been published in MAKE Literary Magazine, BELT’s Rust Belt Anthology, The Literary Review, American University of Beirut’s Rusted Radishes, F Magazine, Roanoke Review, and Bird’s Thumb, among others. Her essays, interviews, and long-form journalism have appeared in The Rumpus, McSweeney’s Internet Tendency, The Big Smoke, The Millions, the Chicago Tribune, and Detroit’s Metro Times, among other publications, and her radio essays have been produced by WBEZ Chicago. Christine taught in Columbia College Chicago’s fiction writing department for over 20 years, is currently the managing editor of Hypertext Magazine and director of the social justice storytelling nonprofit organization Hypertext Magazine & Studio (HMS). christinemaulrice.com 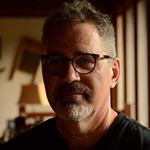 Shawn Shiflett is an associate professor in the English and creative writing department at Columbia College Chicago. His debut novel, Hidden Place (Akashic Books, 2004), received rave reviews from newspapers, literary magazines, and Connie Martinson Talks Books (national cable television, UK and Ireland). Library Journal included Hidden Place in “Summer Highs, Fall Firsts,” a 2004 list of most successful debuts. He was awarded an Illinois Arts Council Fellowship for his work and was a three-time finalist for the James novel-in-progress contest, sponsored by the Heekin Group Foundation. New City Newspaper elected Shiflett to their Chicago Lit 50 list, an annual ranking of top figures in the Chicago Literary scene. His essay, “The Importance of Reading to Your Writing” (Creative Writing Studies, UK) was published in 2013. His novel, Hey, Liberal! (Chicago Review Press, 2016), a story about a white boy going to a predominately African American high school in Chicago during the late 1960s, has received acclaim from Booklist, The Chicago Tribune, Kirkus Review, Newcity Lit, Windy City Review, Mary Mitchell (Chicago Sun-Times), Rick Kogan (WGN Radio), and others. Excerpts from Shiflett’s novels and short stories can be found in Hypertext Magazine, various issues of F Magazine, and other literary journals. In 2018, he performed his oral story performance “How My Yo-Yo Could Have Gotten me Killed,” and in 2019 he performed “Oriole Park.” He is on the Chicago Writers’ Association board of directors and is also working on a nonfiction, multicultural project: collecting oral stories concerning race. He lives with his wife, a couple of step-cats, and an English setters named Higgins. shawnshiflett.com 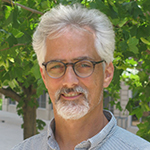 Christopher Chambers (MFA, University of Alabama) is an editor, teacher, and writer. He is the author of Delta 88, a collection of flash fiction, and has been published widely in magazines and anthologies, including Best American Mystery Stories. He has received five Pushcart Prize nominations and a National Endowment for the Arts Fellowship. Work he’s edited has appeared in Best American Mystery Stories, Best American Nonrequired Reading, Best American Poetry, O. Henry Prize Stories, The Pushcart Prize anthology, Poetry Daily, Verse, Daily, and The Utne Reader. christopherchambers.net