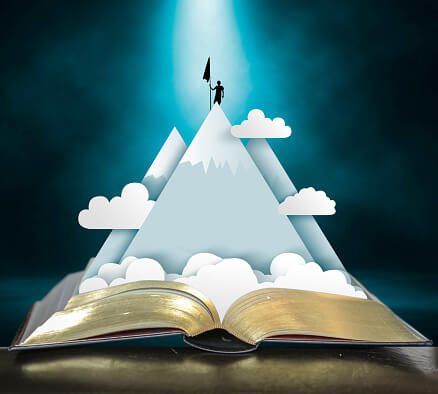 “We nurture writers over the long haul of their careers,” says Christine DeSmet, Distinguished Faculty Associate at Continuing Studies. “Many writers come to us with an idea, a manuscript, new poetry or writing that just isn’t working yet. Our instructors show them how to fix it while retaining their own voice, and thus we get them on the right path quickly.

But we don’t stop there. We design our online courses and badges, the conference, retreats, and professional coaching in such a way that the writer can go step by step on their pathway to publication.”

Greg Renz. His book Beneath the Flames received the First Place Gold Medal for Fiction-General in The Readers Favorite International Book Awards, part of the Miami International Book Fair. Renz started his novel in the online course Write Your Novel Fast & Sure with Christine DeSmet, worked on the novel in her master class at Write-by-the-Lake Writer’s Workshop & Retreat, then did a final polish with DeSmet in the Writer’s Institute coaching program. Renz will be a headliner at this year’s Writers’ Institute, March 2020 in Madison.

Deborah L. King. Her debut novel Glory Bishop launched this summer. The opening chapter captured first place in the 3rd Annual First Chapter Contest sponsored by the Chicago Writers Association. She received a full scholarship to attend the Novel-in-Progress Bookcamp & Writing Retreat near Milwaukee. King worked on her book in all of the major writing events and retreats sponsored by Continuing Studies, including DeSmet’s master class.

Charles Long. He began his YA novel Streamline at Write-by-the-Lake, and the book is now available on Amazon in paperback and as an ebook. With the help of writers and teachers including DeSmet, Long completed two novels and three children’s books, with a third novel in the works. He said of his fellow writers and teachers at UW–Madison Continuing Studies, “None of this would have happened without all of you.” Long will be a guest instructor at the 2020 Writers’ Institute.

r.r. campbell. Having first attended the Writers’ Institute in 2013, campbell was a featured speaker at the 2019 conference. The second installment in his science fiction series EMPATHY, Mourning Dove, was published in April 2019. The first in the saga, Imminent Dawn, debuted as the number one new release in LGBT science fiction on Amazon, and he’s signed a contract for the next book. In addition to being an author, campbell is a writing coach and podcaster. He’s presenting a number of sessions at the 2020 Writers’ Institute.

Kristine Zeigler. Working with Laurie Scheer through Critique Services, Zeigler composed many of the short stories for her book Cover This Country Like Snow and Other Stories, focused on the water wars. Scheer said, “She is a perfect example of a writer who took her passion for a specific place and merged historical facts with personal wisdom to tell her stories about the Owens Valley, California – then and now.” Zeigler will present a Master Class and other sessions at the 2020 Writers’ Institute.

Laurie Buchanan. She received first place for her nonfiction entry, “The Trouble with Angels” in the 2018 Idaho Writers Guild contest. The Good Men Project has also syndicated Buchanan’s blog, Tuesday with Laurie. She is the author The Business of Being/Soul Purpose In and Out of the Workplace and Note to Self: A Seven-Step Path to Gratitude and Growth, which made Aspire magazine’s list of the Top 10 inspiring and motivational books for September 2017 and was named a 2016 Foreword INDIES Book of the Year Awards Finalist. Buchanan participated in Critique Services as well as the taught at the Writers’ Institute. Buchanan joins the Writers’ Institute instructor roster in 2020.

Hilde Adler. Her book I Am Not Old Enough! The Twenty-Seven Stages of Adjustment to Living in a Retirement Community has been heralded by Kirkus Reviews, received celebrated reviews on Amazon, and has been enjoyed by many individuals adjusting to life in a retirement community. Adler attended Write-by-the-Lake and numerous Writers’ Institutes.

Christine Virnig. She found success with Dung for Dinner, a middle grade nonfiction look at animal excretions and secretions as used (and consumed) by humans through history. Publication is scheduled for summer 2020. Virnig honed her book at Write-by-the-Lake 2018 in Scheer’s section.

Ella Arrow. Her first novel, The Flight of the Starling: A Fairy Tale, was published this fall. Arrow attended the Writers’ Institute for three years to get support in writing this book for anyone who loves fairy tales, from grade-schoolers to grown-ups.

“One of the common statements I hear during and after our Writers’ Institute is that writers are thrilled to learn that they are not alone and that there are others who are experiencing questions of writing self-esteem, writer’s block, and other elements that prevent them from fully realizing their goals,” says Laurie Scheer, Continuing Studies faculty associate. “We truly believe in our writers’ hard work and want their voices to be read and celebrated. We are all a part of our community’s creative consciousness and we all have a point-of-view and stories to share. This is what makes us a strong writing community.”

Read more success stories and explore all that the Continuing Studies writing program has to offer:

Beyond writing, search through all of Continuing Studies personal enrichment and professional development opportunities: https://continuingstudies.wisc.edu/classes/.