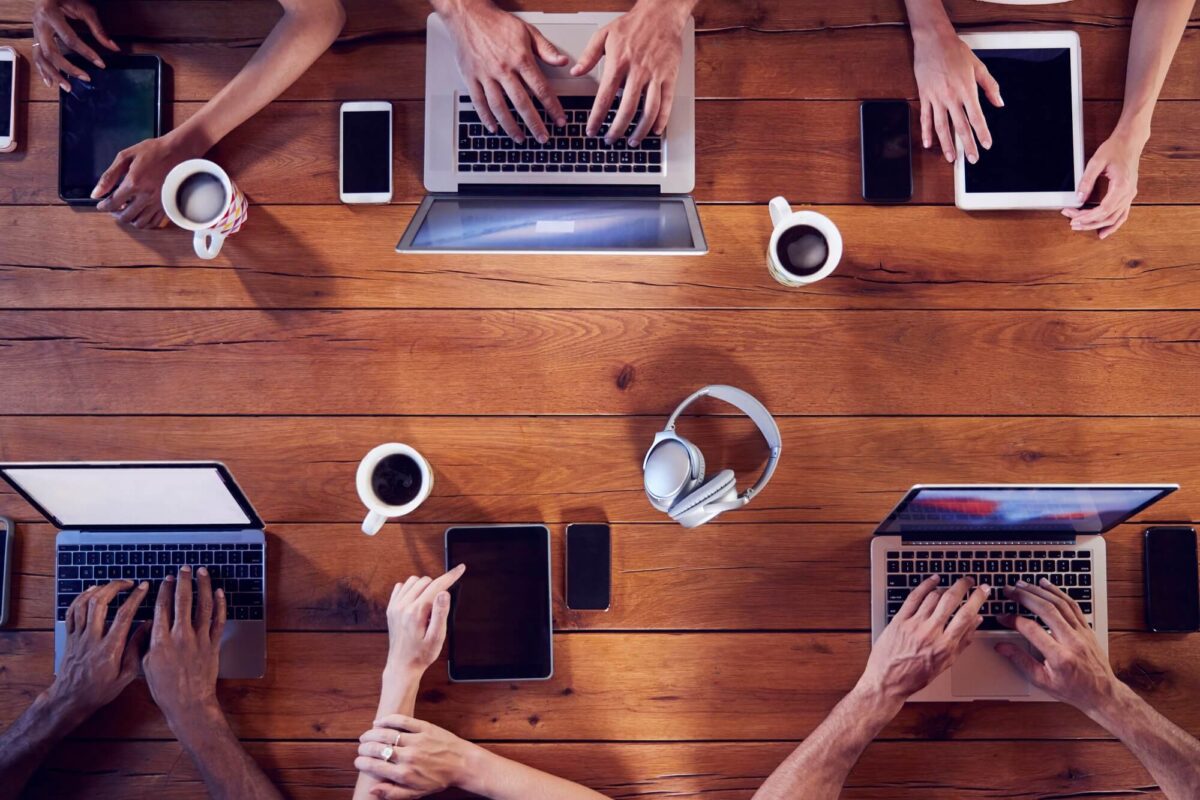 Every writer has a different journey on the pathway to publication. For seven authors who met at UW–Madison’s 2012 Write-by-the-Lake workshop and retreat, that journey includes a writing group that provides sustenance and support. They’ll discuss how this group, the Writing Sisters, has helped them reach their goals in an April 13 panel at the 2018 Writers’ Institute conference.

Writers’ Institute is a place for authors to work on their writing and navigate the publishing industry with agents, publishers, and UW–Madison writing instructors. Organized by UW–Madison’s Division of Continuing Studies, this year’s conference takes place April 12-15 at the Madison Concourse Hotel.

Getting published is one big goal the Writing Sisters group has helped most of its members achieve. Barbara “Bibi” Belford, author of Crossing the Line, a middle-grade novel set during Chicago’s 1919 race riot, was the first to land a publishing deal.

Belford says Continuing Studies’ writing programs give her the skills and opportunities she needs to succeed. She began with Write-by-the-Lake in 2010, then attended Weekend with Your Novel and an online class about writing compelling dialogue. Christine DeSmet’s master class at the 2012 edition of Write-by-the-Lake was a turning point.

“It not only gave me confidence as a writer but a good dose of hard truths, things like ‘this scene has no goal’ and ‘we’re on page five and nothing’s happened,’” she says.

She then met her editor and sold her first manuscript to Sky Pony, an imprint of Sky Horse Press, at the 2013 Writers’ Institute.

This probably wouldn’t have happened without the Writing Sisters, she says.

“I’m a pleaser. I think most of us are,” she explains. “We want others to applaud our work. We hate to disappoint them. A community of writers capitalizes on this principle. Those of us in Christine’s master class spent five vulnerable days together. We opened our writing souls, and the characters in our novels became part of our lives. And we resolved to hold each other accountable to bring those characters into the world.”

That promise binds the group’s members to this day. Six years after meeting, they chat online regularly and meet face-to-face yearly.

Belford says their differences are a source of strength, and that a win for one is a win for all.

“We’re all different kinds of writers, from middle grade to mystery, and that means educating each other. And we’ve all had different kinds of success. That means not comparing those successes but compiling them, for every success reflects the influence we’ve had in each other’s lives,” she explains.

When DeSmet taught the Writing Sisters’ master class, she had just signed a three-book contract with Penguin Random House for her Fudge Shop Mystery Series. A new manuscript was due soon, and she was in the thick of writing it.

“I was in the big, messy middle of exactly what they all wanted to do: write, finish, polish, sell. I was living their dream and feeling their pain, so I led by example and shared it all as I went along,” DeSmet says.

One example involved building relationships and constantly raising the bar. DeSmet checked in with students for a full year following the master class, providing advice and motivation.

“I answered questions and kept bugging them to write and polish and market,” she says.

She also made herself available for coaching, a service Writers’ Institute now offers in its Pathway to Publication program.

“A teacher like me is with writers for a year to coach and commiserate and clear away the crud that might try to trip them up on their pathways to publication,” she says.

A savvy sounding board

The pathway to publication wasn’t immediately clear for Julie Holmes, author of the forthcoming mystery novel Murder in Plane Sight. But with the help of DeSmet and the Writing Sisters, she found it.

Holmes published a few stories in small-press magazines before building a family and career. When she returned to fiction writing years later, she looked to Write-by-the-Lake for assistance. After working with DeSmet and company, she found an agent at last year’s Writers’ Institute. Since then, she has signed a two-book contract with Camel Press, an imprint of Coffeehouse Press.

The writing group gives Holmes the right mix of encouragement and tough love. But that’s just one reason she relies on it. She also uses it as a sounding board.

“Writing is a solitary activity, even if you do it in the company of other writers,” she explains. “A community of fellow writers, especially the Writing Sisters, offers more than encouragement and butt-kicking. They are great for bouncing ideas around, suggesting revisions, and critiquing—learning what works and what doesn’t.”

Holmes also loves the face-to-face format of Writers’ Institute and Write-by-the-Lake. These events give her the motivation and tools to improve her manuscripts, plus valuable feedback on what needs work.

“Feedback from real, live writers can be more beneficial than going through exercises in writing books. It has to do with the back-and-forth about what makes certain writing good, or what can make it better,” she says.

To learn about the workshops, talks, and networking events at the 2018 Writers’ Institute, see the conference website or contact director Laurie Scheer, 608-265-3972, laurie.scheer@wisc.edu. For more on Write-by-the-Lake, see the event webpage.