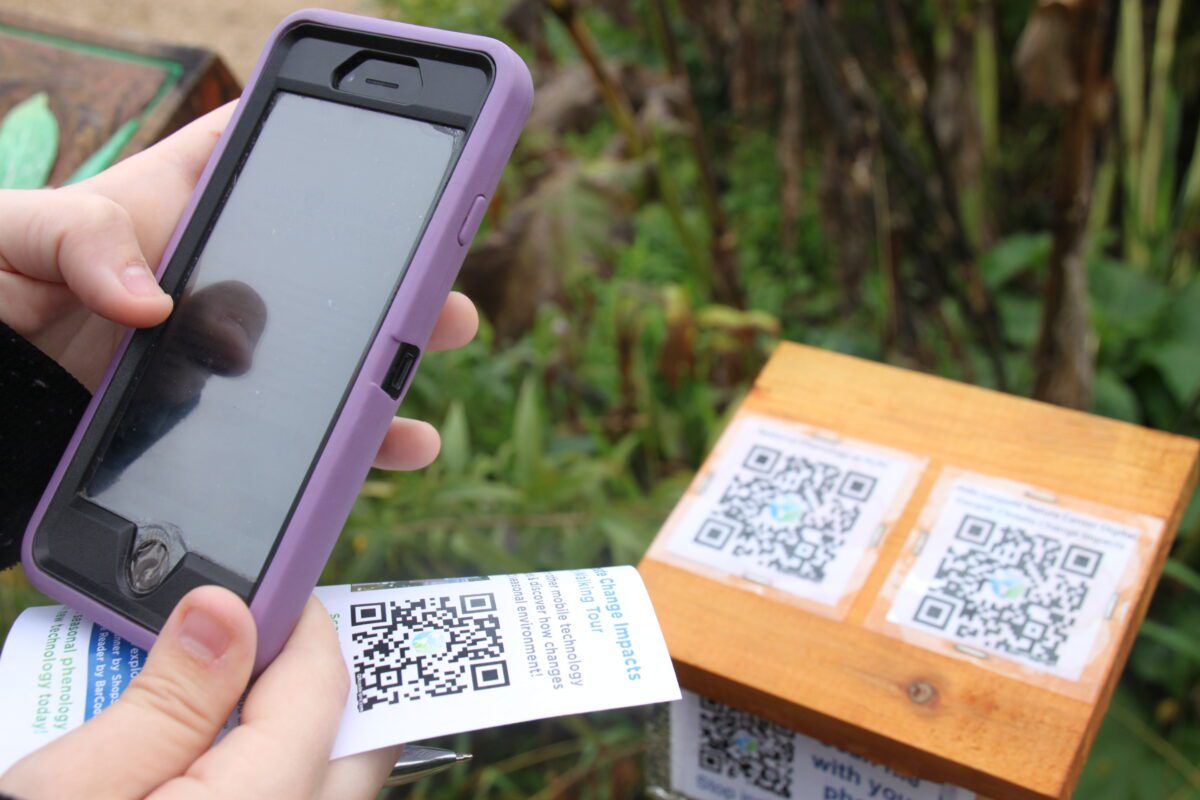 Through a fellowship from the UW-Madison Morgridge Center for Public Service, Heyrman created the “Digital Docent,” a self-guided tour that helps visitors understand the effects of climate change. They point their smartphones at QR codes on signposts, then view the information that appears about plants and animals affected by global warming.

“People have a hard time understanding that it happens to species in their backyard,” Heyrman told Wisconsin Public Radio. “So we built this tour to try to help people bridge that gap and understand that it is happening to the white-tailed deer. It is happening to the tree species here in Madison, in Wisconsin, and in the Midwest in general.”

Heyrman’s project is part of the second annual Wisconsin Open Education Community Fellowship, which connects the university and the state in the best tradition of the Wisconsin Idea. The fellowships encourage undergraduates to work with community partners, creating a project in a Wisconsin town where they have a connection. Heyrman collaborated with Jack Williams, director of the Nelson Institute Center for Climatic Research, and Brenna Holzhauer, director of exhibits and digital curriculum for the Aldo Leopold Nature Center.

Applicants for the fellowship faced a unique challenge: They had to tie their proposals to a topic covered in one of six massive open online courses (MOOCs) offered by UW-Madison’s Division of Continuing Studies during the 2015-16 academic year. Heyrman’s project was inspired by the MOOC Changing Weather and Climate in the Great Lakes Region.

The Wisconsin Open Education Community Fellowship is a collaboration of UW-Madison’s Division of Continuing Studies, Educational Innovation, and Morgridge Center for Public Service. Each fellow received a $3,000 stipend and up to $1,000 for project expenses.

For “Digital Docent,” Heyrman researched climate change and built signposts. He also worked with Holzhauer to develop the tour’s content and technology.

“One of the main themes of this tour and our curriculum at ALNC is the concept of phenology, the study of changes in the natural world through time,” Holzhauer told In Business Magazine. “We give ideas of what to look for at different times of year and encourage visitors to make observations and keep records of the world around them. That helps them connect with their surroundings and learn about local climate and ecosystem changes over time.”