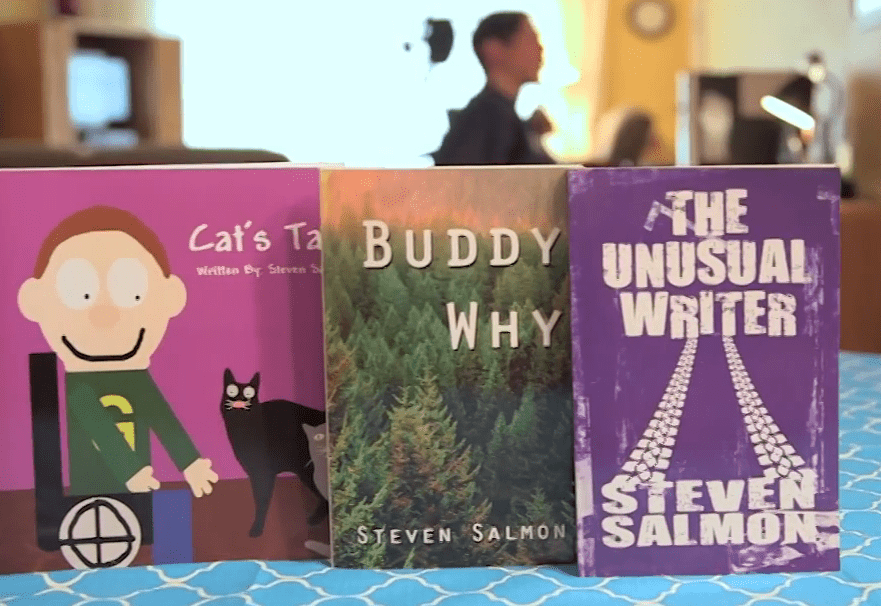 Madison writer Steve Salmon has trouble communicating verbally because of cerebral palsy. But, as he notes, “Not being able to speak is not the same as not having anything to say.”
Salmon has found his voice as a writer, publishing a novel, a young adult book and a children’s picture book. He credits the University of Wisconsin-Madison Writers’ Institute with helping him make connections in the publishing industry. He’s a regular attendee at the annual spring writers’ conference, which allows new, emerging and established writers in all genres to take their careers to the next level. The 2015 event is March 27-29 at the Madison Concourse Hotel.
“The writing conference is home for me,” Salmon says. “It’s the only place where I can be just another author.”

An escape into the writing world

The Writers’ Institute offers writers tips for improving and selling their work, as well as a unique opportunity to make pitches to literary agents and publishers. It’s where Salmon met his own literary agent, Tina Schwartz of the Purcell Agency.
“It’s lonely being a writer as it is, so I think the Writers’ Institute gives Steve the friendships, the critique partners and the support that any writer needs,” says Schwartz.
Salmon spends hours every day at the computer. He’s unable to use his hands, so he writes by tapping controls with his head. Every year, he looks forward to the Writers’ Institute as both a social event and a practical opportunity.
“It’s a three-day working vacation–an escape into the writing world,” he says. “I treasure every moment of it.”
For more information on the UW-Madison Writers’ Institute, contact director Laurie Scheer at 608-265-3972.