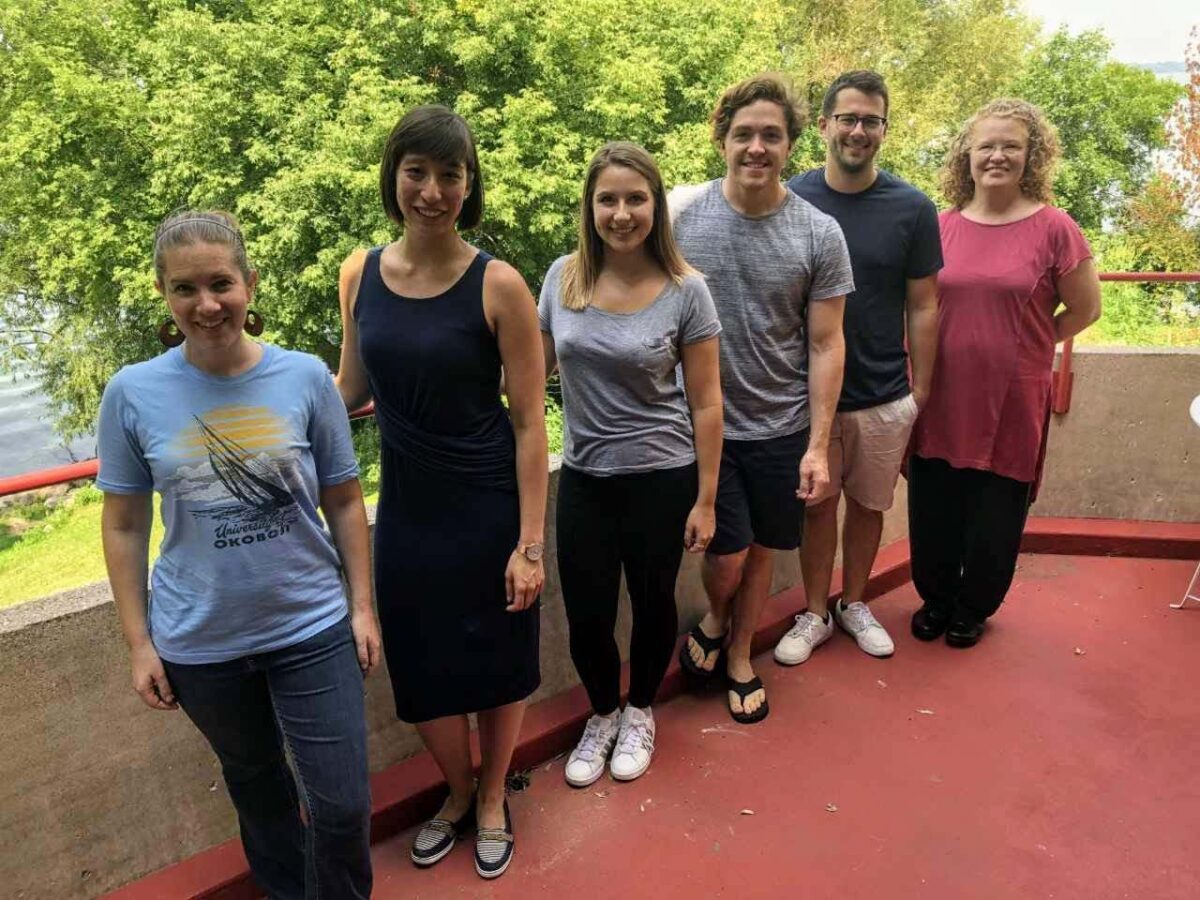 Based 10 miles southwest of downtown Madison, Epic and its signature product—electronic health records software—are major players in Wisconsin’s economy and the national health care ecosystem. The company’s global influence is also growing with a little help from University of Wisconsin–Madison Continuing Studies.

In August, Continuing Studies offered a customized language-learning experience to help Epic employees prepare for a multi-year assignment in Brussels, Belgium. Led by French professor Sage Goellner, the intensive one-week course included an introduction to Belgian French and culture, plus a deep dive into French medical and technological terms.

A select group of Epic employees spent three hours a day in classes at the UW–Madison French House, then completed several hours of homework each evening. The classes covered speaking, listening, reading, and writing in French, as well as cultural skill-building. To absorb medical terms, the learners put themselves in the shoes of medical professionals.

“We listened to recordings of patients who gave their symptoms, then gave them a possible diagnosis, the name of the medical professionals they might see, and what they would do for treatment,” Goellner says. “Students then role-played as a patient or doctor to further practice their new vocabulary.”

In addition to providing a scenic lakeside setting for learning, the French House gave the group a French-only environment for bonding with each other, a guest speaker from Belgium, and the instructional team, which included Goellner and doctoral student Lindsey Smith.

This immersive element amplified the educational experience, Goellner notes, as did the course’s commitment to shattering stereotypes.

“I’m confident the group went to Brussels with a much deeper understanding of Belgium and its people,” she explains. “In addition to developing linguistic skills, we dismantled certain stereotypes about Belgium being a boring, inconsequential, and rainy country. Belgium is a friendly, affordable country with a staggering amount of natural beauty, a number of historic sites, and a rich history and culture. It’s a place with a multilingual culture as well: It’s common to speak one language at home and another at school, making people more tolerant.”

Jaclyn Wegener, one of the employees who took the course, says an opportunity to interact with a Belgian native—Nelly Halzen, professor emerita in UW–Madison’s Department of French—was especially valuable.

Likewise, counting isn’t quite the same in the two countries, which use different words for certain numbers.

“Things could have gotten confusing in Belgium if I hadn’t learned about these differences  in Madison,” Wegener says.

Wegener also appreciated the course’s focus on medical and technological terminology. Though she’d spent about 12 years learning French earlier in her life, her classes seldom emphasized vocabulary she relies on in her work as a software implementation specialist.

“I studied at a business school in Paris, so the vocabulary I learned there was very different from what I need in a Belgian hospital setting,” Wegener says.  “It was helpful to learn a lot of the specialty-specific jargon. In normal conversation, the word ‘database’ doesn’t come up often, so it was good to review these types of terms.”

“The word is a portmanteau of ‘pourriture,’ or ‘rot,’ and ‘email,’” she explains.

It’s a term that’s likely to come up in a project where hospital employees are learning how to use a new electronic health records system. Wegener and her team are tasked with customizing this new system to their clients’ needs, moving information from their old system to the new one, and training physicians and nurses how to use the new software over the course of two years.

Thanks to the course, Wegener feels prepared to succeed in this international assignment.

“It was nice to have a curriculum specific to the type of work I do and a dedicated group of people helping my team learn the language,” she says.