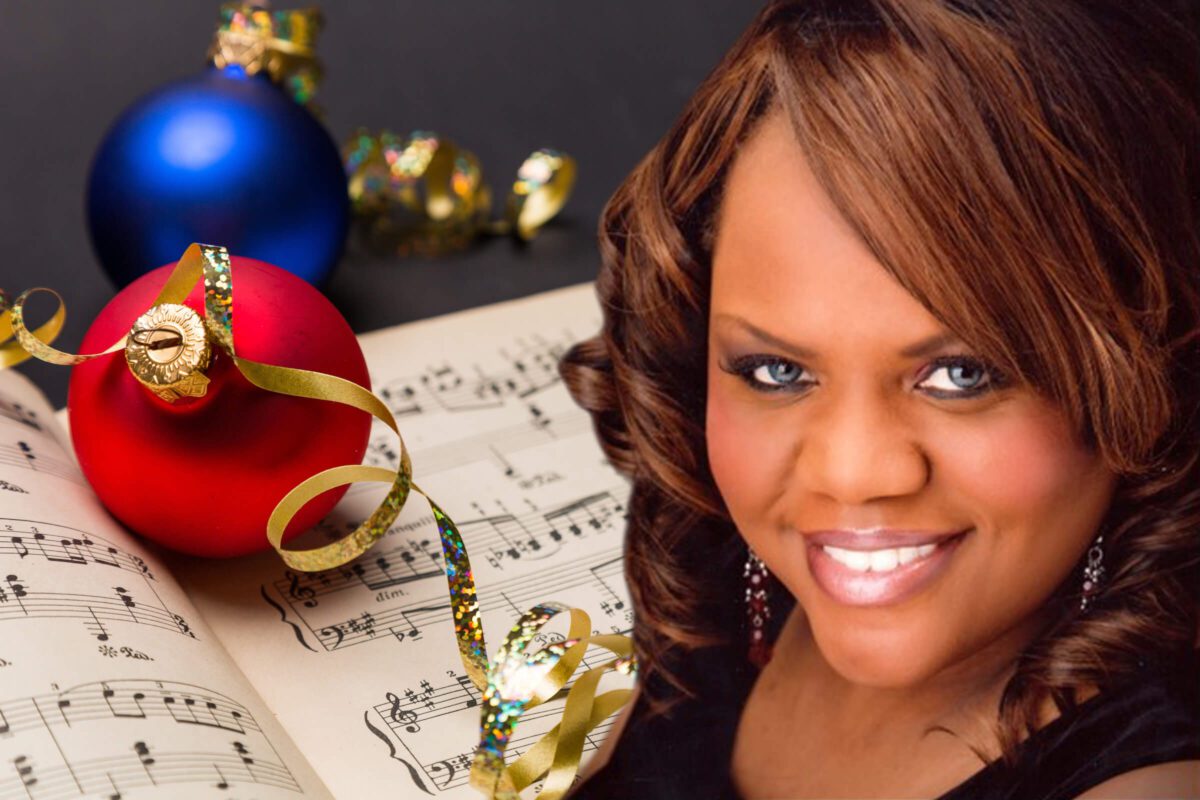 Prenicia Clifton started singing opera at age eight after a voice teacher told her that with her talent, she might someday dine with kings and queens. Decades later, Clifton is an accomplished singer with credits around the world, including opening opera houses with Placido Domingo and performing in Mandarin Opera in China.

Clifton has also spent a lifetime advocating for youth and is director of Precollege/Youth Programming and Compliance at UW–Madison.

She is excited to combine her passion for youth advocacy and music in Songs for Hope—A Holiday Music Spectacular, a concert benefitting Precollege & Youth Programs on Saturday, Dec. 8, 7-8:30 p.m., at the Overture Center Promenade Hall.

“If you love holiday music and giving back to the community, and you’re looking for a great way to start your holiday season, this concert is for you,” Clifton said.

Along with a selection of holiday favorites performed by Clifton, the concert will include performances by aspiring singer Airin Beals, a 16-year-old from Chicago who just released her debut album, and two winners from this year’s Summer Music Clinic scholarship.

Summer Music Clinic is one of many UW–Madison Precollege Programs—enriching classes, camps, conferences, and other UW–Madison experiences for youth age 5-18.

Songs for Hope ticket prices are $40 general admission and $20 for students. Tickets can be purchased online at the Overture Center website. Following the concert, guests are invited to an artist meet-and-greet social hour at 8:30pm in the Overture Center Upper Lobby.

“This event promises a night of elegance where you can lose yourself in the art of beautiful holiday music while supporting precollege scholarships,” Clifton said. “I’m honored to invest in youth programs by doing what I love—performing with talented musicians.”

Tribute to a father

Clifton started Songs for Hope in 2012 in honor of her father, Prentess Clifton, who lost his battle with cancer in 2011. Prentess was an educator driven to change the lives of youth, and Prenicia inherited his passion. Each year, Songs for Hope supports youth initiatives—from backpacks and coats for low-income children to holiday gifts and after-school programs.

Clifton will donate all proceeds of this year’s performance to the Precollege & Youth Programs scholarship fund, supporting academic and pre-career opportunities for youth age 5-18 with limited access due to socioeconomic status, ethnic background, or lack of exposure to higher education opportunities.

Clifton hopes to raise $64,000 for precollege programs through various outreach initiatives in honor of what would have been her father’s 64th birthday.

“We want all young people to have the opportunity to learn, grow, and be actively encouraged on a path of life readiness,” Clifton said.