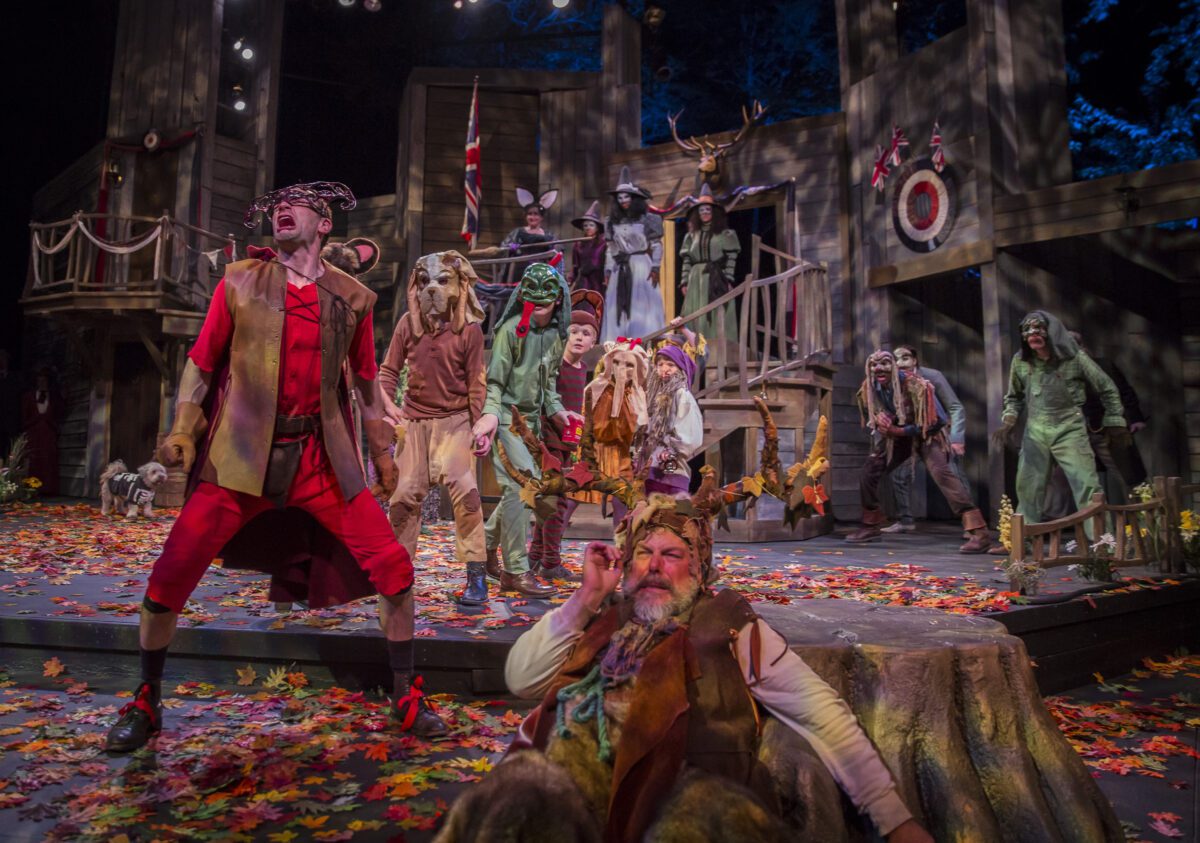 This year marks a major milestone: the 400th anniversary of William Shakespeare’s death. It’s an excuse to immerse yourself in Shakespeare’s plays and ideas, and Shakespearience Weekend provides the perfect opportunity.

Sponsored by the University of Wisconsin-Madison Division of Continuing Studies, the event takes place on August 12-14 in Spring Green. The charming town in southwestern Wisconsin is renowned for its devotion to Shakespeare, along with its architectural treasures by Frank Lloyd Wright.

Shakespearience Weekend features performances of A Comedy of Errors and King Lear by American Players Theatre, dubbed “the finest classical repertory company in the U.S.” by the Wall Street Journal. The facility is set amid 110 acres of woods and meadows, with a picturesque outdoor stage and a more intimate indoor facility.

“From previews of American Players Theatre productions to behind-the-scenes insights, participants will have a chance to dive deep,” Marty says. “The experience will lend itself to many conversations.”

The weekend includes plenty of time for participants to choose their own adventure. A major attraction is Taliesin, Frank Lloyd Wright’s former home and architectural masterpiece. Wright grew up amid the rolling hills of this 600-acre estate, which inspired his vision of Prairie Style architecture and served as his laboratory for new ideas. Visitors can tour the grounds and buildings, view the original furnishings and collections, and feel the presence of America’s greatest architect.

Another attraction of Shakespearience Weekend is Spring Green itself. Surrounded by scenic farmland in southern Wisconsin, it was picked by Smithsonian Magazine as one of America’s 20 Best Small Towns. Part of its appeal is a thriving restaurant culture that makes use of locally grown products.

Shakespearience Weekend ties into Shakespeare in Wisconsin, sponsored by UW-Madison Libraries. The yearlong celebration includes a national traveling exhibition of the First Folio, the first collected edition of Shakespeare’s plays from 1623.

Kelly Anderson, who attended the inaugural Shakespearience Weekend in fall 2015, appreciated the “rare and wonderful glimpse behind the scenes” at American Players Theatre.

“Two magnificent productions, a backstage tour, coffee with the actors, and many lively discussions—all set in the charming town of Spring Green—created an enchanting way to engage with the works of Shakespeare,” she says.

Shakespearience Weekend offers two options. Option 1 includes the five lectures plus the behind-the-scenes tour for $90; Option 2 includes the lectures, the behind-the-scenes tour, and tickets to A Comedy of Errors and King Lear for $175. Register by July 1 for Option 1 and by May 15 for Option 2 to guarantee seating at the performances. For more information, contact Sarah Marty, sarah.marty@wisc.edu, 608-263-2790.