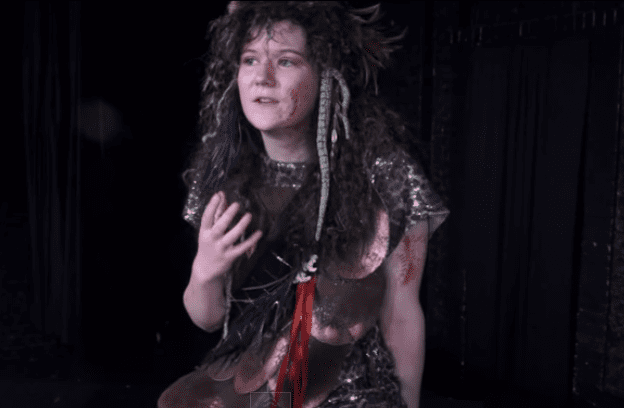 Who says Shakespeare is just for scholars? The University of Wisconsin-Madison’s Family Shakespeare Night reaches out to a general audience on Monday, June 15, 5-7 p.m., at the Madison Public Library’s Central Branch. The free event features the Young Shakespeare Players and other activities.

Family Shakespeare Night is held in conjunction with Shakespeare in Community, one of UW–Madison’s recent Massive Open Online Courses (MOOCs). The course offered new perspectives on Shakespeare in the digital age, reaching a global audience. The library event, by contrast, will reach out to the local community, offering food, face painting, and arts and crafts for budding theater lovers.

“We figured this event would be a nice way to bring what was happening in the online course to the local level,” says coordinator Lika Balenovich. “It provides an open space to study Shakespeare that isn’t intimidating to people.”

“The main goal is to show that theater should be accessible for everybody,” says Balenovich. “There can be non-academic ways to appreciate Shakespeare; it doesn’t have to be something you can only study at university.”

Participants are encouraged to attend in Shakespearean attire.

For more information and to register, see here: http://bit.ly/1GTeisV.