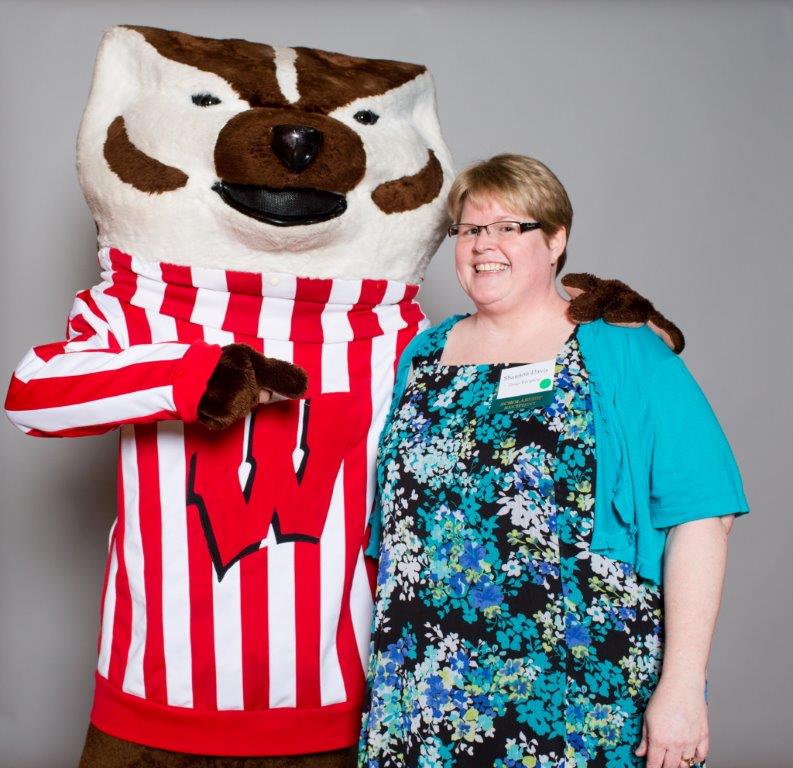 Shannon Davis dropped out of college at 20 due to severe health problems. Almost two decades later, she enrolled in the University of Wisconsin-Madison, wondering if she’d have the physical strength to navigate campus. Davis rose to the occasion by excelling in her classes and earning admission to the UW-Madison School of Social Work. This spring, she’s proud to be the student keynote speaker for the School of Social Work’s commencement ceremony.

After 12 years as a stay-at-home mom, Natasha Pedone-Kahle enrolled in UW-Madison to pursue her dream of a bachelor’s degree. She faced a three-hour commute, along with a host of anxieties. How could she compete with young adults who, unlike her, knew how to use a computer? But Pedone-Kahle distinguished herself by regularly making the Dean’s List, even while keeping up with her parental duties. She was also accepted into UW-Madison’s highly selective School of Nursing.

Davis and Pedone-Kahle have both won Outstanding Undergraduate Returning Adult Student Awards for continuing their education in the face of extreme challenges. Since 1981, UW-Madison’s Adult Career and Special Student Services and the Dean of Students have presented the annual awards to two people who’ve resumed their academic careers after a significant interruption and have arrived at senior status while juggling all the demands of adult life.

Davis and Pedone-Kahle will be honored at a reception on Tuesday, April 26, from 4:30 to 6:30 p.m. at Varsity Hall in UW-Madison’s Union South. Each will receive a $1,000 award, and runners-up Makiko Thomas Omori, Dominc Hurtig, Misty Kabasa, and Katherine Palmer will receive $200 awards. The reception will also recognize winners of other adult student scholarships and awards, which are generously supported by donors.

“Shannon Davis and Natasha Pedone-Kahle are two of the many returning adult students who’ve overcome enormous barriers to pursue their undergraduate degrees at UW-Madison, the college of their dreams,” says Judith Strand, associate dean and director of Adult Career and Special Student Services. “They’ve had different life experiences than a typical undergraduate, and their presence greatly enriches the university environment.”

Along with their academic achievements, winners of the Outstanding Undergraduate Returning Adult Student Awards must demonstrate leadership and service to the community. Davis has volunteered for a homeless outreach center and a community youth court, and she plans to continue this work in her career as a social worker.

“I look forward to advocating for policies that improve the lives of those who are too often voiceless,” she says.

Pedone-Kahle co-chairs the Second Career Nursing Degree Organization, which reaches out to other returning adult students at the School of Nursing. She serves as an example of someone who succeeded as an adult student through sheer perseverance.

“I feel lucky to have had this opportunity to be part of one of the most prestigious universities in the country,” Pedone-Kahle says. “I am glad I believed in myself and reached higher than I ever thought possible to be where I am today.”