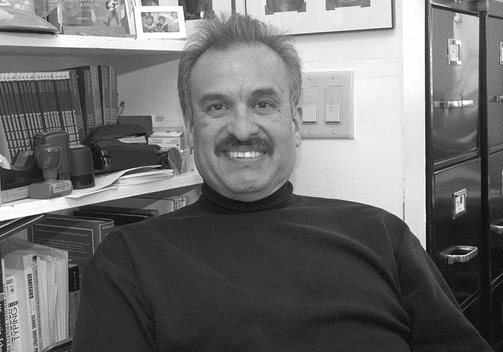 The Writers’ Institute, held March 27-29 at the Madison Concourse Hotel, features lectures, workshops, book signings, practice pitch sessions, and networking events. Mireles will present “Writing Within Specific Ethnic Groups” (Friday, March 27, 2 p.m.), which explains the difference between being a “writer” and a “Latino writer.” He will also discuss “A Case Study of a Latino Anthology” (Saturday, March 28, 9:45 a.m.), which details his travails with the latest collection in his series, “I Didn’t Know There Were Latinos in Wisconsin: Three Decades of Hispanic Writing.”

Mireles recently discussed books that inspire him with the Wisconsin State Journal. He picked “Little Star of Bela Lua: Stories from Brazil” by Luana Monteiro; “Light of All Times: Luz de Todos los Tiempos” by Moises Villavicencio Barras; and “Man of Fire: Selected Writings of Ernesto Galarza.”
Mireles notes that he heard a lecture by the Mexican American activist Galarza in the 1980s, recalling “the passion and fire in his voice for social justice and betterment of the Latino community.” He describes the poetry collection “Light of All Times” as “a journey through the life of a young man straddling two cultures, Mexico and the United States.” And “Little Star of Bela Lua,” he says, is tied together by “themes of magical realism, fantasy, and growing up in rural Brazil.”
For more information about the 2015 Writers’ Institute, contact Laurie Scheer, 608-265-3972.