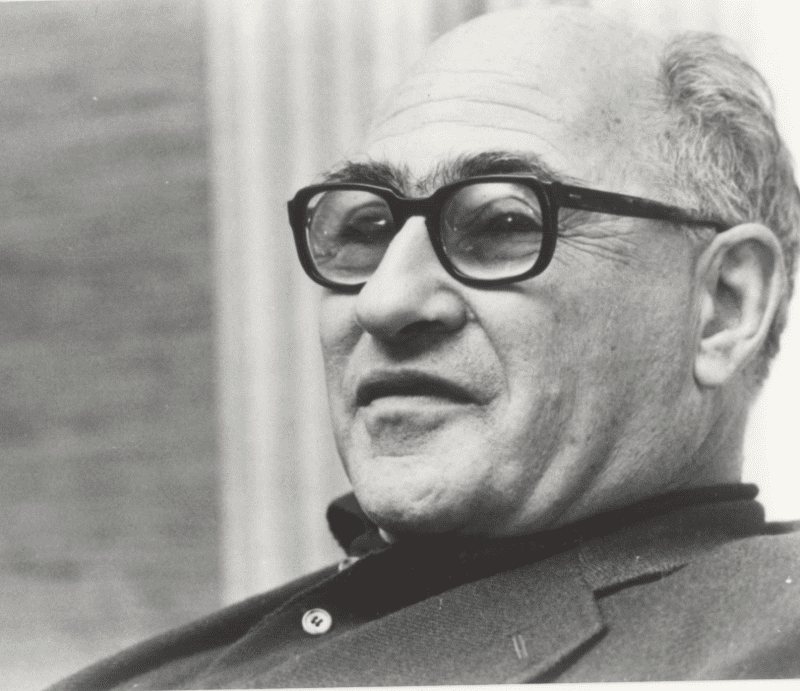 George Mosse was one of the University of Wisconsin-Madison’s iconic professors: a pioneering historian with a gift for connecting the past to the present. Mosse was an authority on Nazism who himself fled the Nazi regime, writing influential works on fascism like The Crisis of German Ideology and The Nationalization of the Masses. Students flocked to his UW classes from 1955 until his retirement in 1987, drawn by his charismatic style and his insights into European cultural history.

Mosse died in 1999, but a unique online course from UW-Madison’s Division of Continuing Studies is bringing his lectures to a new audience. From October 5-31, What History Tells plans to re-create the exhilarating experience of sitting in Mosse’s classroom. Participants will listen to recordings of his lectures from 1969 and 1982 on European cultural history, along with reading works by Mosse and others. Skye Doney, a historian with UW-Madison’s George L. Mosse Program in History, will introduce weekly topics and facilitate online discussions to place the archival material in the context of current events.

The subject of Mosse’s lectures—the rise of nationalism in Germany prior to World War I—is highly relevant to today’s world. His ideas can help us understand the political problems of the 21st century, according to John Tortorice, director of the Mosse Program.

“Mosse’s take on history is perhaps more relevant today than it was during his lifetime as we face growing challenges around the world: the repositioning of global power, the vastly increased military budgets, the rapidly growing populations, and the political reaction that he investigated so thoroughly.”

Mosse was born in 1918 to a Jewish family in Berlin, where his grandfather published the newspaper Berliner Tageblatt. The Nazis denounced the Mosses, shut down the newspaper, and forced the family to escape Germany in 1933. This experience informed Mosse’s lifelong scholarly interest in authoritarian regimes, as well as his devotion to critical thinking as a means of resisting oppression.

“It’s an extraordinary opportunity to experience one of the university’s great teachers firsthand,” Tortorice says. “Mosse was a great entertainer in addition to being a great teacher—very funny, very engaging. He had this ability to break through the preconceived ideas you brought with you to the classroom and open up a whole new world of ideas. As soon as he started speaking, you were transformed.”

The Division of Continuing Studies has a long history of offering courses to nontraditional students, and What History Tells is simply a new version for the digital age. Most of the Mosse lectures were originally recorded both for broadcast on Wisconsin Public Radio and for a correspondence course, back when the university mailed printed study guides and cassette tapes to students.