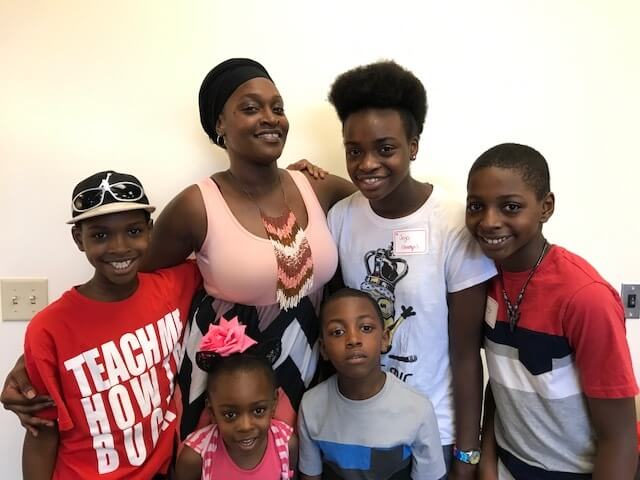 The Odyssey Project began with a modest goal: to create a two-semester humanities class for 30 low-income adults facing barriers to higher education. Fifteen years later, the University of Wisconsin-Madison program has become so much more than that. It has had a profound effect on the local community, helping to break the generational cycle of poverty.

A recent survey shows that the program’s 400-plus graduates are more likely to read, vote, and go to college after their experience in the Odyssey Project. Many have overcome their challenges with poverty, homelessness, and incarceration to find meaningful work. Best of all, they overwhelmingly feel more hopeful about the future.

“We have helped our students find their voices, unwrap their gifts, and become more engaged in the community,” says Odyssey director and cofounder Emily Auerbach. “The program has demonstrated the power of the arts and humanities to transform lives.”

Over 15 years, the Odyssey Project’s goals have become more ambitious. It has added a program for students’ children and grandchildren called Odyssey Junior, allowing whole families to share a similar curriculum. Other new initiatives include Onward Odyssey, which supports dozens of alumni as they pursue additional college coursework and degrees; and Odyssey Behind Bars, led by cofounder Jean Feraca, which introduces Odyssey course materials to Wisconsin prisons. Auerbach has also established an annual pre-Halloween fundraiser called Night of the Living Humanities, scheduled for Oct. 26.

‘Odyssey took such tender care of me’

As always, the 30 adults in the new Odyssey class will make connections between their own lives and great works of literature, earning six credits in English from UW-Madison. Odyssey provides textbooks, childcare, and a dinner at each Wednesday evening session.

In its fifteenth year, the Odyssey Project is old enough to welcome the children of former students to its adult class. There are three of them in the class of 2017-18, as well as several students with relatives who have graduated from the program. Current student Bao Thao, for example, is inspired by sister Mai Neng Thao, who had struggled in school and in her personal life until she discovered the Odyssey Project. The program helped her turn her life around and become an honor student at Madison College.

“Odyssey took such tender care of me, supporting me through my academic endeavors,” Mai says. “It allowed me to see myself in a different light, launching me on a transformative odyssey.”

Bao and Mai Neng Thao are among the current and former Odyssey students who will take part in Night of the Living Humanities. Staff and students will dress as literary and historical figures who play a role in the Odyssey humanities course. Attendees also have the option of dressing up, with prizes awarded for best costume. Fittingly, Bao and Mai are coming as the novel-writing Brontë sisters.

“Night of the Living Humanities is a colorful, inspiring, magical evening that helps support a vital program,” Auerbach says. “In a region that suffers from a significant achievement gap, along with high levels of poverty among African American, Latino, and Asian American families, the Odyssey Project is needed more than ever 15 years after its launch.”