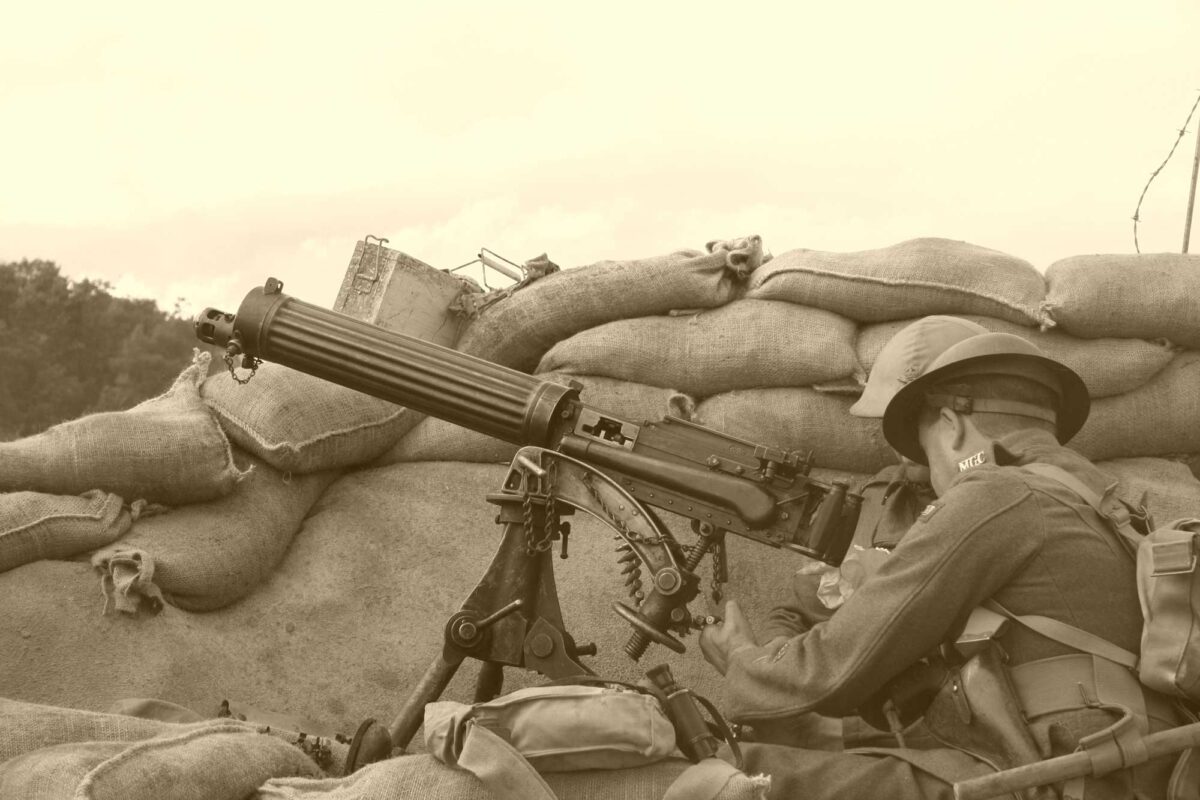 On April 6, 1917, Congress approved a resolution declaring war with Germany. But 11 of Wisconsin’s 13 national representatives voted against America’s entrance into the European War—later to be called World War I.

These votes, along with the governor’s response to conscription, the presence of an active Socialist party, and a high percentage of German Americans in the state, helped Wisconsin earn the nickname ‘traitor state.’ Many Wisconsinites spent a lot of time, money, and energy proving it wasn’t true.

This fall, historian Leslie Bellais will share this fascinating story during the UW–Madison Continuing Studies class America’s ‘Traitor State’: A History of World War I Wisconsin.

“Few people know this part of Wisconsin history and many are genuinely surprised by it,” Bellais says. “I hope to get students discussing the material and come to their own conclusions about this era in Wisconsin history. World War I has largely been forgotten or ignored in the United States, but it was a fascinating time in American and Wisconsin history.”

The class will help students understand why Wisconsin earned the traitor epithet; how Wisconsinites reacted; how Senator Robert La Follette, Milwaukee Socialists, and the state’s German Americans played a role in creating this perception; and how the state’s “militant patriots” responded.

America’s ‘Traitor State’: A History of World War I Wisconsin takes place at the Pyle Center on campus for four Wednesdays, October 23-November 13, 7-8:30pm. The class is part of Continuing Studies’ From Wisconsin series: classes, lectures, and other programs for exploring important ideas that began in Wisconsin.

Labeling La Follette as a traitor

Senator La Follette voted against America’s entrance into the war, and he continued to speak out against it even after Americans became allied with France and England.

“By the end of 1917, La Follette had become a national icon of traitorism and sedition,” Bellais says.

On top of La Follette’s stance, the day after the U.S. decided to go to war, the national Socialist party voted against supporting it. Wisconsin Socialists, the bulk of whom lived in Milwaukee, generally agreed with the national party platform. In February 1918, the federal government indicted one of Milwaukee’s Socialists, Victor Berger, for writing seditious editorials. He was later convicted and sentenced to a federal prison.

While at first the state’s German Americans did not play a significant role in Wisconsin being labeled as a traitor state, they became a target of the state’s “militant patriots” after an April 1918 election in which they voted for Socialist or La Follette-backed candidates.

“Militant patriots” encouraged all Wisconsinites to be loyal Americans during the war crisis. Their main concern was ridding the state of unpatriotic national representatives, especially the 11 congressmen who had not supported the war.

At first they tried to educate people about the state’s loyalty problem. They gave speeches and passed out flyers and booklets. They also shamed those who didn’t agree with them.

“At the same time, they tried to pass stiffer treason and sedition laws locally and statewide,” Bellais says. “By late 1918, they also began to use mob intimidation and vigilante violence, including a series of tar and featherings in the Ashland area.”

Bellais’ course will further examine these and other details of Wisconsin’s ‘traitor state’ period through a critical lense.

Bellais worked at the Wisconsin Historical Society for 28.5 years before retiring in 2019.

“It was there that I first learned about Wisconsin’s World War I history,” she says. “My job was Curator of Costume and Textiles (changed to Curator of Social History in 2014), and I truly enjoyed having access to their wonderful clothing and textile collection and sharing what I had learned about clothing and textile history with the general public.”

In 1992, the Wisconsin Historical Museum asked her to do an exhibit on World War I Wisconsin, which was outside of her expertise.

“I expected it to be a boring topic, but was pleasantly surprised to find out how fascinating it was. It was probably one of the best exhibits I ever curated,” she says. “Over a decade later, I realized no one had done a lot of research on this part of Wisconsin’s history, so I decided to go back to school to get a U.S. history PhD. by writing a dissertation on World War I Wisconsin.”

Bellais will be graduating with her doctorate in May 2020. Don’t miss taking a class and learning from this experienced and engaging Wisconsin historian.

Students can earn 6 Continuing Education hours for this class. Register online or by calling 608-262-2451.