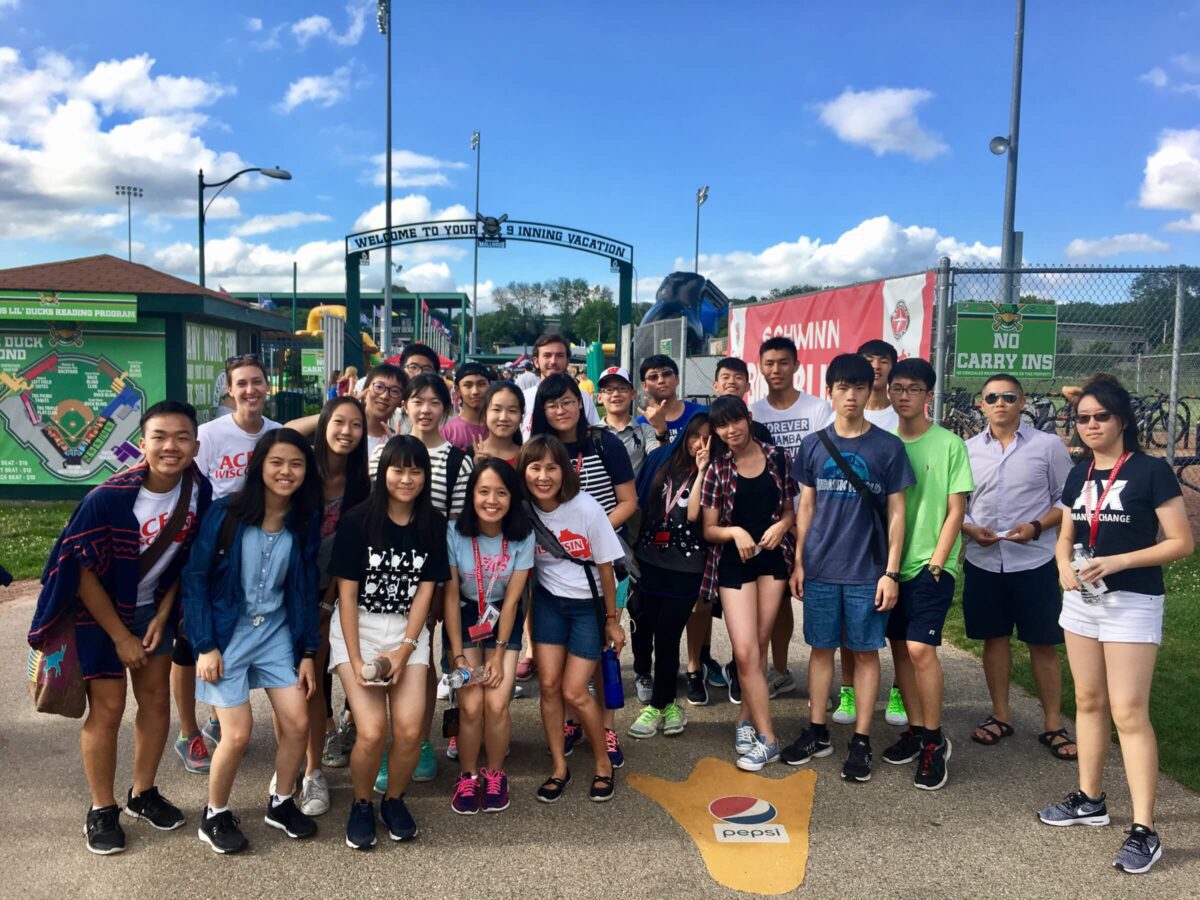 When Lichin Lin saw her son’s smile, she knew she’d made the right choice in sending him to the American Culture and English Program.

Lin had been concerned about how 16-year-old Wei-Ting would fare in the University of Wisconsin-Madison program for international high school students. At home in Taiwan, Wei-Ting lacked confidence in both his language and social skills. In the American Culture and English program, he would have to spend three weeks with other teenagers, taking English classes and learning about American college life. It would be one of the biggest challenges of his life.

At the end of the experience, Wei-Ting’s smile said it all.

“The program helped my son improve his language skills, his writing skills, his social skills, and his attitude toward learning,” says Lin. “He also had fun with the other teenagers and made friends. I saw the confidence in his face and knew I did the right thing in sending him to UW-Madison.”

The American Culture and English Program is designed for high school students from around the world who want to take classes at a top-ranked university while having a good time in one of the United States’ most appealing cities. They tour campus, take exciting day trips, and sample unique local attractions in Wisconsin’s beautiful capital. In class, they work on their English and then practice their skills in conversations with friendly mentors and instructors.

Lin was impressed by the program’s organizational approach.

“I liked how well it was managed,” she says. “The program was very concerned with the students’ safety, and it offered delicious and healthy food. In class, Wei-Ting learned how to write his autobiography, which will be very helpful in preparing future applications.”

Lin compares Wei-Ting’s experience at UW-Madison to “planting a seed in the soil.” She hopes it will start a growth process in which he learns to better communicate with others and to more strongly believe in himself.

“I wanted to do this for him before he became an adult,” she says.

To learn more about the American Culture and English Program or to register, watch the video above and see here. For information, contact Christine Inthachith, christine.inthachith@wisc.edu, 608-265-5720.