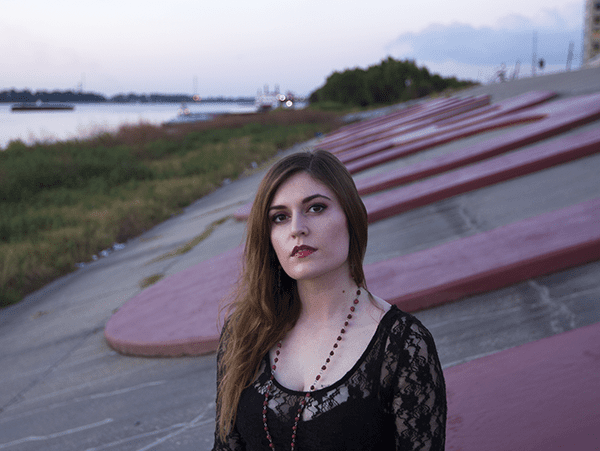 This month, The New York Times discovered poet Dylan Krieger, calling her debut collection, Giving Godhead, “among the most inventive and successfully performative works to appear in living memory.” A year earlier, the Writing program at University of Wisconsin-Madison Continuing Studies had already recognized Krieger’s talent. Two of her poems appear in the current Midwest Review, the program’s literary magazine, which showcases promising Midwestern writers and visual artists.

Some contributors to the Midwest Review are participants in Continuing Studies’ writing courses and conferences, including the Writers’ Institute, the Write-by-the-Lake Writer’s Workshop and Retreat, and Weekend with Your Novel. Others, like the Indiana-born Krieger, are simply Midwesterners aware of the magazine’s reputation for national-caliber work. An editorial board reviews all submissions, and editor Christopher Chambers immediately saw something special in Krieger’s poems “distracted driver” and “fake barns.”

“Dylan’s poems struck me as both a departure from the conventional depictions of the Midwest that we often get, the pastoral scenes of red barns and windmills and happy cows in the fields, and yet still very much of the Midwest and ultimately perhaps a more honest depiction of a place where the small family farm is all but extinct, replaced by factory farms whose manure spills and runoff pollutes groundwater and waterways,” says Chambers, a faculty associate in Continuing Studies’ Writing program. “Her poems are strikingly honest and fresh, and deserving of the critical acclaim and the wider audience they’re now receiving.”

‘armageddon in a meadow’

The Midwest Review aims to reflect the region in all its diversity, with work that both celebrates and challenges Midwestern sensibilities. Krieger’s poems are of the challenging sort. “fake barns” conjures up “armageddon in a meadow,” while “distracted driver” imagines a small-town car crash that might land the driver in “a watering hole in hell.”

“Dylan’s poems were different from what we usually publish, but I thought they deserved an audience,” Chambers says. “They confront issues the Midwest is struggling with.”

Other standout work in the current Midwest Review includes “The Blizzard of 1947” by Jan Bosman, a veteran of the Writers’ Institute and Write-by-the-Lake. Bosman’s nonfiction piece vividly describes her family’s experience of an epic snowstorm in rural Wisconsin, and it was recently nominated for a Pushcart Prize. Jane Curtis, who has polished her work with help from Continuing Studies’ Critique Services, contributes “Starkweather Creek,” in which a widow feels her husband’s spectral presence at their daughter’s wedding.

The Midwest Review is accepting submissions for its sixth edition through Dec. 1. The magazine is particularly interested in new and emerging artists—the kind of writer Dylan Krieger was just last year.