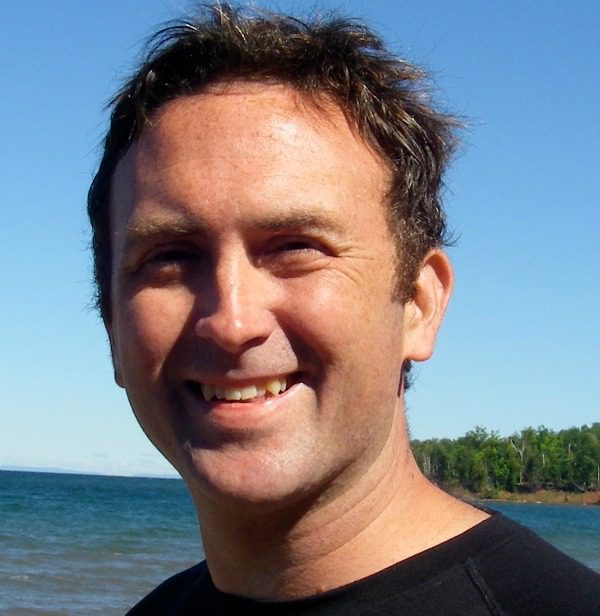 Matt Forbeck graduated from the University of Michigan with a creative writing degree and a love of fiction. Rather than applying his writing talent to a novel, however, he turned to another passion: games. He made a living writing roleplaying games, creating card and board games, and working on videogames.

But Forbeck never gave up his dream of writing novels, and he found a niche in the fiction divisions of game publishers like Wizards of the Coast and Games Workshop. He wrote novels based on games as well as original stories. Now the fantasy writer has achieved a fantasy of his own: He is the best-selling author of more than 30 books.

On March 24-26, Forbeck will speak at the UW Writers’ Institute about his specialized corner of the literary world. His sessions include “Writing Comics and Games and Tie-In Books,” “Creative World-Building,” and “Writing Fast and Well.”

“Writing is an act of discovery, as much for the writer as the reader, and that’s where a lot of the fun comes in,” Forbeck says.

Speaking of fun, the 2017 Writers’ Institute features lectures, workshops, book signings, manuscript critiques, and networking events at the Madison Concourse Hotel. For 28 years it has offered practical advice for improving and selling manuscripts, as well as a unique opportunity to make pitches to literary agents and publishers. It is geared to both aspiring and established writers in all genres, and it has a track record of helping participants publish their work.

Forbeck’s latest books are Dungeonology, set in the Dungeons & Dragons universe; and Star Wars: Rogue One, a junior novel based on the recent movie. As with all his novels, he started them with an outline.

“That way, I know what I’m planning to write every day, and I don’t waste time trying to figure out where the story is headed,” he says. “One trick there is that I make my outlines loose, just two or three sentences per chapter. I leave myself open to making those fun discoveries while still giving myself enough structure to keep moving.”

Forbeck appreciates conferences like the Writers’ Institute because they give authors a chance to escape regular life and focus on their dreams.

“You get to ask questions and learn things about the particular kinds of writing that interest you,” he says. “There’s nothing quite like learning from a working writer as opposed to a teacher who understands the theory wonderfully but perhaps doesn’t have as much experience with the actual practice.”

A conference is also a chance for writers to take a break from their computers and connect with kindred spirits.

“You get to meet other people who love writing as much as you do,” Forbeck says. “There’s something inspiring about seeing people struggling with the same things you are, and sometimes they can even become your friends and allies as you dive into publishing.”