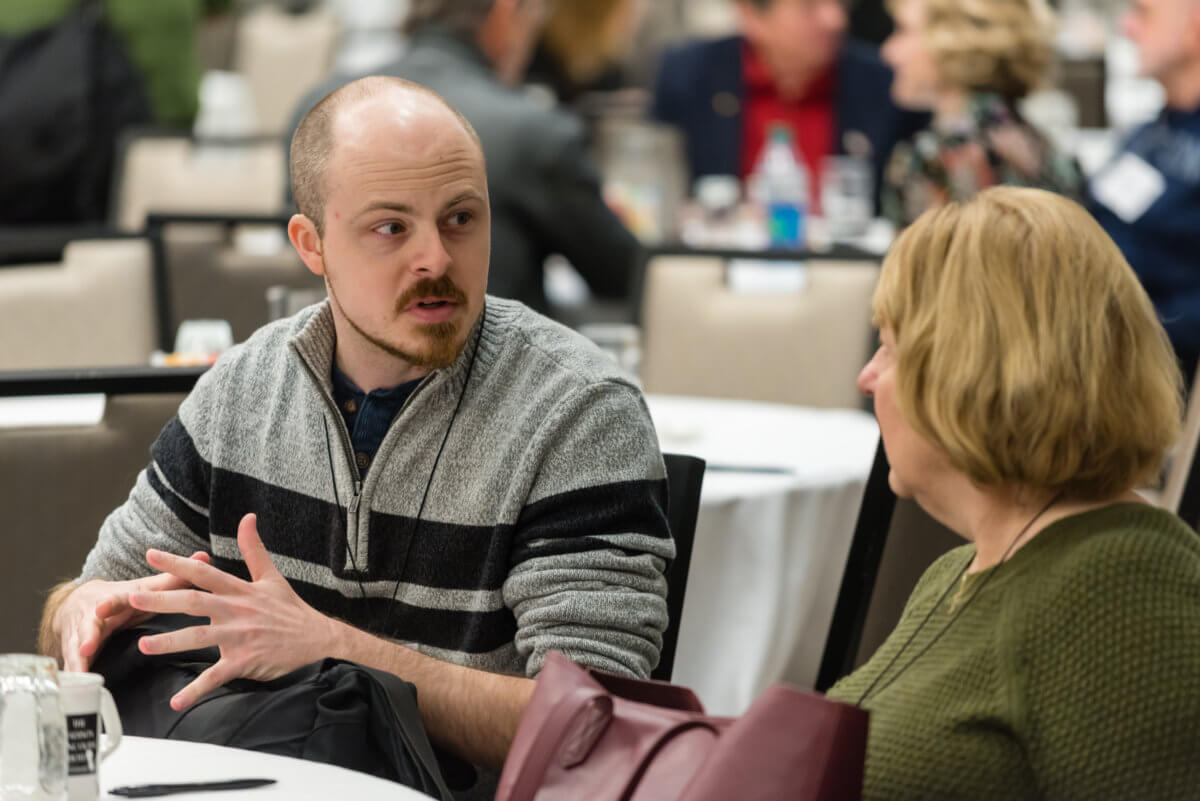 Isthmus calls Imminent Dawn by r.r. campbell “a complex yet surprisingly accessible piece of science fiction that has drawn early comparisons to Black Mirror and Game of Thrones.”

Writing as r.r. campbell, author Ryan Campbell will share his expertise at the University of Wisconsin–Madison Writers’ Institute on April 4-7 at the Madison Concourse Hotel.

Isthmus notes that Imminent Dawn debuted at number one in Amazon’s LGBT science fiction category, with the potential for reaching a wide mainstream audience.

The 30th annual Writers’ Institute will feature presentations by authors, literary agents, and UW–Madison faculty, who’ll provide practical tips for writers of mystery, romance, memoir, history, and true crime, among other genres. Attendees have the unique opportunity to pitch their manuscripts to industry professionals, who attend the conference to find new authors.

Set in a dystopian future, Imminent Dawn is book one of the EMPATHY trilogy, which “draws frightening parallels with the imperiled U.S. in 2019: a president under fire, a press under siege, and a secretive organization under investigation,” Isthmus reports.

Critic Michael Popke calls it a “dialogue-heavy techno-thriller that revolves around a research compound where human subjects receive an internet-access brain implant in an attempt to allow them to communicate with each other via wireless networks.”

In the book, art school dropout Chandra becomes a test patient in order to communicate with her wife, Kyra, who lies comatose after a bicycling accident for which Chandra blames herself. Campbell includes twisted government conspiracies and an investigative journalist hungry for fame.

Imminent Dawn is a teaser for Mourning Dove—book two of the EMPATHY saga.

How to avoid scene sag

Campbell is an author, writing coach, and founder of The Writescast Network, a podcast collective for writers. In addition to Imminent Dawn, his novel Accounting for It All was published in 2018 by NineStar Press.

Campbell leads four sessions at the Writers’ Institute that will teach participants about:

For information on the Writers’ Institute, go to the conference website or contact director Laurie Scheer at 608-265-3972 or laurie.scheer@wisc.edu.