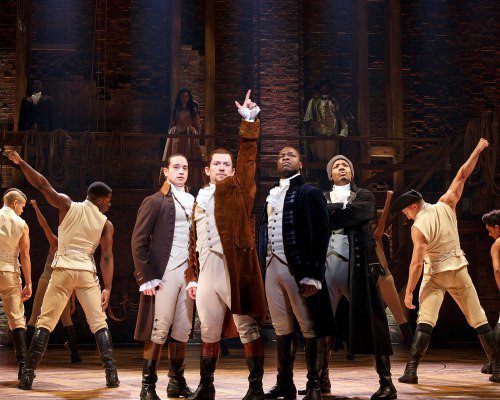 In a new summer course, undergraduates and lifelong learners will dive into Hamilton: An American Musical, the Broadway hit that takes a fresh look at the Founding Fathers. Hamilton: A Cultural Revolution will explore the musical’s creation, its impact, and how hip-hop influenced the story. Registration is open through July 14.

Hamilton, written by Lin-Manuel Miranda, won 11 Tony Awards and the Pulitzer Prize for Drama. It also broke the record for most money made in a week by a Broadway show last November.

“It’s really changing the face of what it means to be a Broadway musical,” says Sarah Marty, who’s teaching the course for University of Wisconsin-Madison Continuing Studies.

Continuing Studies and the Department of Theatre & Drama are partnering to offer Hamilton: A Cultural Revolution to undergraduate students for credit as well as to nontraditional students. The first five weeks will be taught online, and then students will meet in person every day for a week at the end of July for guest speakers, field trips, and workshops.

Norman Fost, an emeritus professor of pediatrics and bioethics, took an earlier, four-lecture version of the course and says he was thrilled to enroll in a more in-depth version this summer.

Jack Morrison, a senior studying theater and creative writing, likes the idea of focusing on a single work.

“You don’t often get that opportunity at this university, unless you’re in a production with University Theater,” Morrison says.

The messy process of unifying a nation

The in-person portion of the course will include a session on the role of dance in storytelling, a trip to look at historical documents, a discussion of Shakespeare and Hamilton, and guest directors and playwrights speaking about the difficulty of developing the script.

Marty says Hamilton offers a window into the messy process of unifying a nation.

“Even though we think politics are a complete mess today, not that much has changed. It was that way then, just like it’s that way now.”

Part of what Fost loves about Hamilton is that it’s made people of all ages more excited to study this era in history.

Cynthia France, a retired Madison resident who is taking the course, says she’s looking forward to hearing the perspectives of the younger students who grew up with hip-hop. Hamilton introduced her to the genre, and she’s become a fan.

To register for Hamilton: A Cultural Revolution or to learn more, see here. For more information, contact Sarah Marty at sarah.marty@wisc.edu, 608-263-2790.