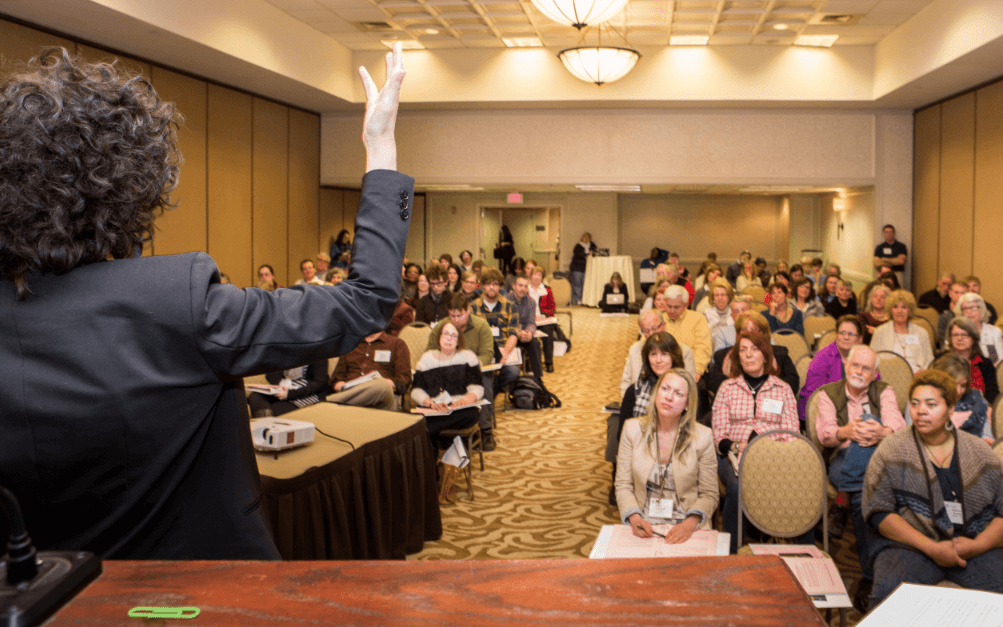 Writing is largely a solitary pursuit, which is why it’s vital for writers to seek community.

“It’s something we do alone in front of a blank sheet of paper or an empty computer screen,” said Christopher Chambers in an interview with Wisconsin Public Radio (WPR), “so it’s important that we get together with other writers. I got my start as a writer taking the kind of community writing classes that I’m now teaching.”

Chambers is the director of the Writing Program at University of Wisconsin-Madison Continuing Studies, along with a prize-winning author.

In the WPR interview, Chambers discussed the Continuing Studies programs where writers can find a literary community, whether on campus or online.

On April 12-15, for example, writers from across the country will converge on Madison for the 29th annual Writers’ Institute. Attendees can immerse themselves in four days of workshops, lectures, and networking while exploring a pathway to publication. Other Continuing Studies programs include the Write-by-the-Lake Writer’s Workshop and Retreat, Weekend With Your Novel, and a wide range of courses in which writers can hone their craft and achieve their goals.

Outside of cultivating community, writing is ultimately about putting pen to paper or fingers to keyboard.

“A writer is someone who writes, and that’s distinct from someone who wants to write,” Chambers told WPR. “When I stop writing, I start to feel like a fraud.”

He added that writers sometimes have to be tolerant of writing badly just to get something down.

“And that’s not an easy thing to do. But it all starts with that rough draft,” he said. “Think of it like a sculptor. You need that big block of clay to work with. Give yourself freedom to just put words on the page.”

Chambers said that good writing often comes from the revision process, which is a skill unto itself. Indeed, he believes that being a successful writer involves deliberately mastering a whole set of skills with the help of good instructors.

“I spent almost 10 years as a carpenter after college,” Chambers said. “I have always approached writing as a craft with tools and techniques, just like carpentry.”

Along with attending to craft, Chambers leaves room for instinct and inspiration.

“Everyone has a story to tell and probably more than one,” he said. “We’re storytelling creatures by nature. Our impulse to write is to take those stories and put them on the page.”