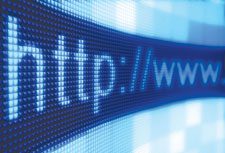 President Barack Obama has come out in favor of net neutrality: the idea that Internet providers should treat traffic equally, with no “fast lanes” for wealthy corporations and “slow lanes” for everybody else. The Federal Communications Commission will vote on new rules for net neutrality next year, and Barry Orton says that whatever the FCC does “is going to make somebody very unhappy.”
In an interview with the Capital Times, the professor of telecommunications at UW-Madison Division of Continuing Studies says average consumers will wind up paying more if the FCC sides with corporations, which oppose regulations guaranteeing net neutrality.
“If Netflix has to pay Comcast more so that the Netflix movie that I’m downloading and streaming doesn’t stop and start every five minutes, which is not going to give me a good experience, am I going to pay more for Netflix? Of course,” Orton says.
Orton doesn’t see the fight over net neutrality ending anytime soon.
“The folks who could really make this end are in Congress,” he says. “They could pass a new law and they could say, okay, we’re going to do this with the Internet, or we’re going to do that. They enjoy this kind of fight because both sides give them campaign contributions to push their side. So the longer this fight goes on the longer members of Congress can keep getting campaign contributions from both sides.”