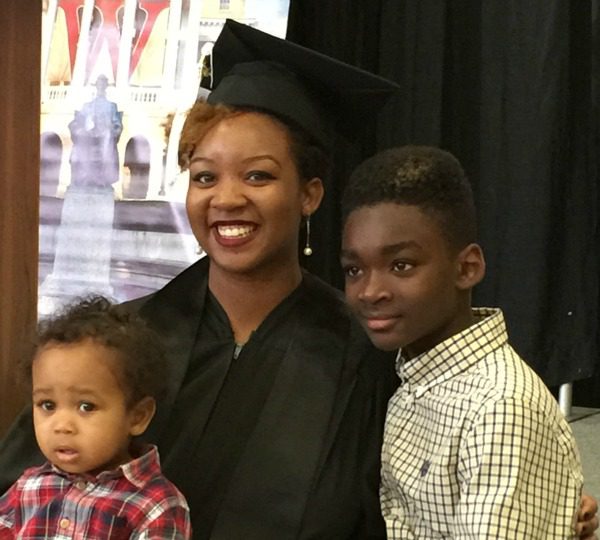 Emily Auerbach gives a chilling account of obstacles facing low-income students. As director of the University of Wisconsin-Madison’s Odyssey Project, she encounters adult students who lack money for such staples as housing and food.

“These are things students from privileged families don’t give a thought to, because they’ve got a cushion and a network of family members who are helping them,” Auerbach told reporter Pat Schneider in the Capital Times cover story “Priced Out: Low-Income Students Struggle to Meet Costs, Participate in College Community.”

The Odyssey Project offers a two-semester humanities class for adults with barriers to their education. It provides them with free tuition, textbooks, childcare, and a weekly dinner. Auerbach also raises funds to help Odyssey students and alumni dealing with emergencies. As she told Schneider, the program put up a family in a hotel for a week after their power was cut off for nonpayment. It hired another student for five hours a week after she lost her job and, with it, eligibility for food stamps.

‘You go for your dreams’

The Capital Times story profiles Keena Atkinson, a once-homeless single mother whose fortunes changed when she enrolled in the Odyssey Project in 2010. In Odyssey’s supportive environment, she got the boost she needed to continue her education.

“I wanted to change my life and my son’s life and not be in circumstances we were in,” Atkinson said. “It unlocked a lot for me as far as believing in myself. When you have somebody who sees something in you and encourages you, you go for your dreams.”

The program spurred Atkinson to enroll in Madison College and then UW-Madison. With additional help from the Odyssey Project, which covered some of her costs for books and supplies, she graduated with a UW degree in psychology last December. Now she’s starting an executive leadership position with a major national company.

“This journey has been so much about learning what I didn’t know about,” Atkinson told the Capital Times. “Things that didn’t seem accessible to me, those doors became unlocked as I went through school. I think they weren’t necessarily locked to begin with, but they were locked in my mind.”