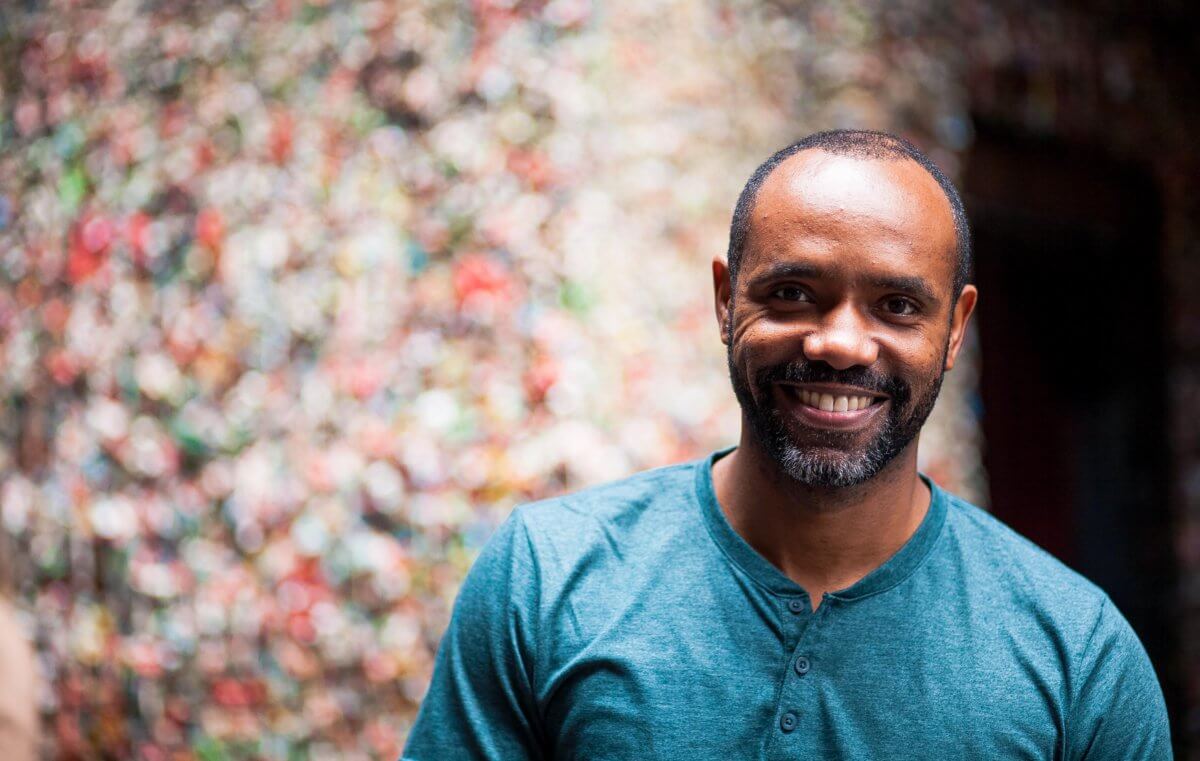 If you saw The Lion King in London or on Broadway, you may have seen Nathaniel Stampley as a stunning Mufasa. He was only the third actor to play Mufasa on Broadway.

If you attended UW–Madison’s Summer Music Clinic about 30 years ago, you may have heard Stampley singing there, where he found inspiration for his impressive music career.

“Summer Music Clinic was the first time in my life that I had been completely surrounded by young aspiring musicians and faculty that cared about music and learning music as much as I did and still do,” Stampley said.

In June, Summer Music Clinic is celebrating 90 years of motivating middle and high school musicians. More than 90,000 students have attended over the years, learning from experienced educators and pursuing their passions in band, chorus, jazz ensemble, musical theater, and orchestra. They practice, take classes, perform, have fun, and make life-long friends.

Join us June 27 for the Summer Music Clinic 90th Anniversary Celebration, 5-7 p.m., at the University Club in Madison.

A Milwaukee native and UW–Madison music school graduate, Stampley is a classically trained baritone who also appeared in CATS, The Gershwins’ Porgy and Bess, and The Color Purple on Broadway. He’s starred in national tours and Off-Broadway as well as performed at Lincoln Center, Carnegie Hall, and with symphony orchestras across the country.

“Professor David Hottman was the voice teacher for the baritones and basses. He was a professor on the voice faculty of UW-Madison at the time,” Stampley said. “He was so delighted to teach our voice classes. He warmed us up for the day. It was something so magical to start the day with a room full of young male voices eager to impress him and each other.”

Summer Music Clinic also employs college-age counselors to provide a caring support system, ensuring that life on campus is fun, welcoming, and safe. Stampley was a counselor in the late-1990s for two years.

“I sang in as many choruses as I could, but classical music was my focus,” he said. “I remember being blown away at the level of musicianship of my high school peers that performed in the evening concerts. It was the first time I had ever heard a double bass concerto in my life and I loved every second of it!”

Stampley received the Joseph Jefferson Award for his portrayal of Don Quixote in Man of La Mancha in Chicago and nominations for his roles in three other productions. He was an understudy for the title role in the Tony-award winning 2012 revival of The Gershwins’ Porgy and Bess and played Porgy on the 2013 national tour of the revival.

Highlights abound in his career, and for Stampley, it’s tough to pick his favorite. Aside from playing Mufasa on Broadway and the West End in London, he added, “I have had the opportunity of performing on the Tony Awards broadcast two times, once for the Lion King and the second in The Gershwins’ Porgy and Bess. We won the Tony that night for Best Revival of a Musical.”

Currently, he’s in a new Off-Broadway musical by Tom Kitt and John Logan called Superhero. In a few months, he begins rehearsals for the world premiere of The Secret Life of Bees at the Atlantic Theater Company in New York.

What does Stampley still carry with him from his years at Summer Music Clinic? “That music and the pursuit of all things related to music is cool!”