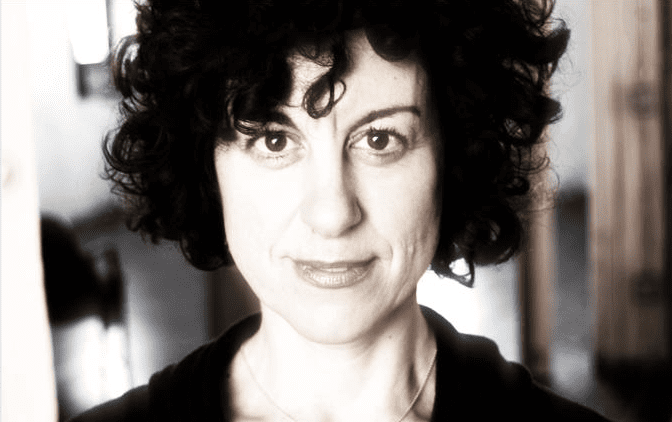 Ann Garvin went to nursing school, worked in hospitals, studied for a doctorate in exercise physiology, and finally settled into a job as a professor of health at University of Wisconsin-Whitewater. Throughout all these experiences, the novelist-to-be wrote no fiction — only papers on scientific topics.

Garvin’s breakthrough as a creative writer came when she had the wild notion of entering the Wisconsin Book Festival’s 24-hour writing contest. Her story won second place, and she decided to throw herself into writing a novel. After a long string of rejections and rewrites, she found an agent and landed a contract with Berkley/Penguin.
In 2010 Garvin published On Maggie’s Watch, about a troubled woman who returns to her Wisconsin hometown in search of stability. She followed up with 2014’s The Dog Year, in which a surgeon fights her way back from tragedy in a 12-step program. Both novels take a smart, witty perspective on women seeking personal transformation.
As a woman who miraculously transformed herself into a novelist, Garvin will be an inspiring presence at the UW-Madison Writers’ Institute on March 27-29. She’ll present sessions on “Anatomy of an Excellent Query,” “Setting the Stakes, Hooking the Reader,” and “Conveying Emotion in Fiction.” She’ll also participate in a panel on “The Future of Storytelling.”
“I want writers to take away tools, practical advice, and maybe a little wisdom,” Garvin says of her sessions. “As a teacher of college-age adults I’m pretty good at getting down to the most important nuggets of information and communicating them in uncomplicated language. Nobody has unlimited time, so I’ve worked hard to create classes and handouts that attendees can post above their computer for inspiration.”
Now in its 26th year, the Writers’ Institute helps writers in all genres take their careers to the next level. It offers tips for improving and selling manuscripts, as well as a unique opportunity to make pitches to literary agents and publishers. The conference takes place at the Madison Concourse Hotel, featuring lectures, workshops, book signings, practice pitch sessions, and networking events.

For those interested in becoming an author, Garvin has one piece of advice: put your head down and do the work, as she did.
“I went to conferences, read websites and books on writing, entered contests, and listened to what the judges said about my writing,” she says. “I revised and revised and revised and I learned some more. I’m still learning and improving every day. I don’t identify at all with people who say ‘I just sat down and wrote!’ because I didn’t do it that way. It was a learning curve I stuck with while I wrote and learned–on the road to discovering, finally, that I was a writer.”
Garvin appreciates the fact that the Writers’ Institute offers something for writers at every stage of development.
“There are practical classes, craft classes, publishing information and access, and best of all, face-to-face interactions,” she says. “The set-up is information-packed, affordable, and intimate. Some conferences seem intimidating, but there is a feeling of belonging and support while getting world-class information from leaders in publishing.”

Participants at the Writers’ Institute can learn much from Garvin’s enthusiasm, not to mention her never-say-die spirit.
“Even with all the ups and downs, I loved the journey of writing a book,” she says. “It was like a treasure hunt where people shout, ‘Cold, cold, cold, HOT!’ That last bit is the most exciting bit.”
For more information about the 2015 Writers’ Institute, contact Laurie Scheer, 608-265-3972.