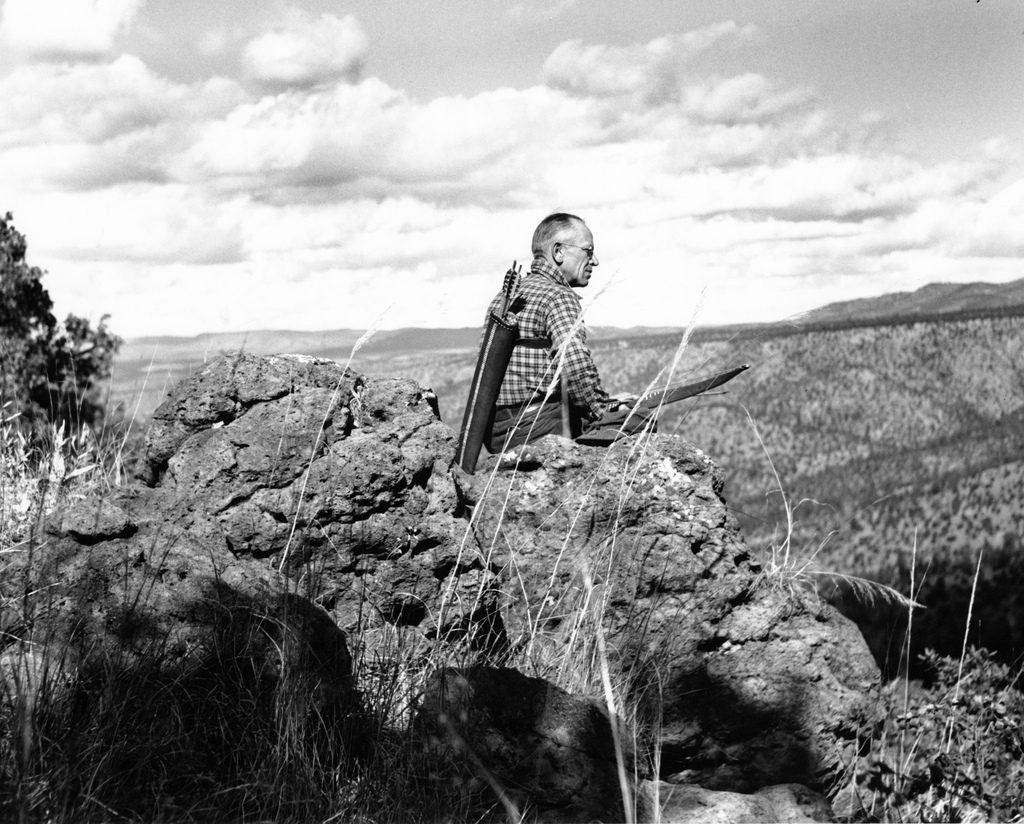 It’s no surprise that a new series of courses on Aldo Leopold’s legacy has attracted attention in Wisconsin. Though he died in 1948, Leopold’s pioneering approach to conservation has never been more relevant.

“Leopold is a clear and obvious path into current environmental controversies,” program organizer Jessica Courtier told Isthmus. “There’s an ever-growing sense of urgency about talking about human relationships to nature.”

Aldo Leopold’s Legacy is a wide-ranging series of seminars, lectures, and workshops, offered by the University of Wisconsin-Madison and open to the public. Running through June, it includes classes in visual art and writing inspired by Leopold’s thoughtful observation of nature, as well as humanities lectures that address his work and influence.

Leopold was a UW-Madison professor and author of the classic A Sand County Almanac, which lays out his idea of a “land ethic.” Leopold’s land ethic argues for the interconnectedness of people and nature and advocates responsible stewardship of the environment.

“Leopold connected our knowledge of how the world works, which science provides, with our judgment of what we ought to do with that knowledge, which is the realm of ethics,” biographer Curt Meine told Wisconsin Public Radio in an interview about the UW-Madison courses. “He recognized how important it was to communicate this new way of seeing the world, which we call ecology—this understanding of the interrelatedness of all things.”

A new understanding of nature

Aldo Leopold’s Legacy doesn’t require admission as a traditional UW student—the idea is to share Leopold’s ideas with the broader community. Courtier hopes participants will come away with a new understanding of nature and their own place in it.

Those interested in Leopold’s close observation of nature can follow in his footsteps with Writing Nature: Signatures in the Wild (Jan. 25-Feb. 15 and March 1-22); Discovering Patterns in Nature (Feb 24-April 28); Nature’s Music: Knowing the Natural World Through Sound (Feb. 23-March 16); Contemplative Walks with Nature (May 3-June 21); and Artful Observation: Nature Journaling at the Arboretum (May 12-June 2).

In Writing Nature, students will read nature writing—including Leopold’s—and write their own based on contact with the real thing.

“We’ll take short excursions into the Arboretum for inspiration, and apply the techniques and styles of the featured writers in our own essays,” instructor Christopher Chambers told Isthmus. “We will share our ideas about our place in nature and about the writing process.”

Students will also venture into nature in Walking Leopold’s Legacy (May 6), a trip to the Aldo Leopold Foundation in Baraboo. The daylong event includes a special tour of Leopold’s homestead led by Meine, as well as a workshop on the land ethic.

Aldo Leopold’s Legacy: The Land Ethic in Today’s World (April 6-27) features enlightening lectures by Meine; Paul Robbins, director of the UW-Madison Nelson Institute for Environmental Studies; Monica White, UW-Madison professor of environmental justice; and others. Jens Jensen: A Pioneer in American Landscape Design and Conservation (March 1-15) surveys the work of an innovative landscape architect who was one of Leopold’s conservation colleagues.

Holding History: The Nature of the Book (April 4) invites participants to view and handle rare manuscripts, showing how books have captured new discoveries about the subject of nature. And as part of the annual UW Writers’ Institute, celebrated Wisconsin nature writer Blair Braverman (Welcome to the Goddamn Ice Cube) will present a reading open to the public on March 25.

Whichever courses they take, Aldo Leopold’s Legacy will help participants get the most out of their experience of nature.

“This was Leopold’s gift: to transmit the ability of these experiences—through his science, his ethical framework, and his sense of beauty—to enrich our lives,” Meine told Wisconsin Public Radio. “That’s what conservation is all about, and the Leopold series will give people an opportunity for that kind of enrichment.”