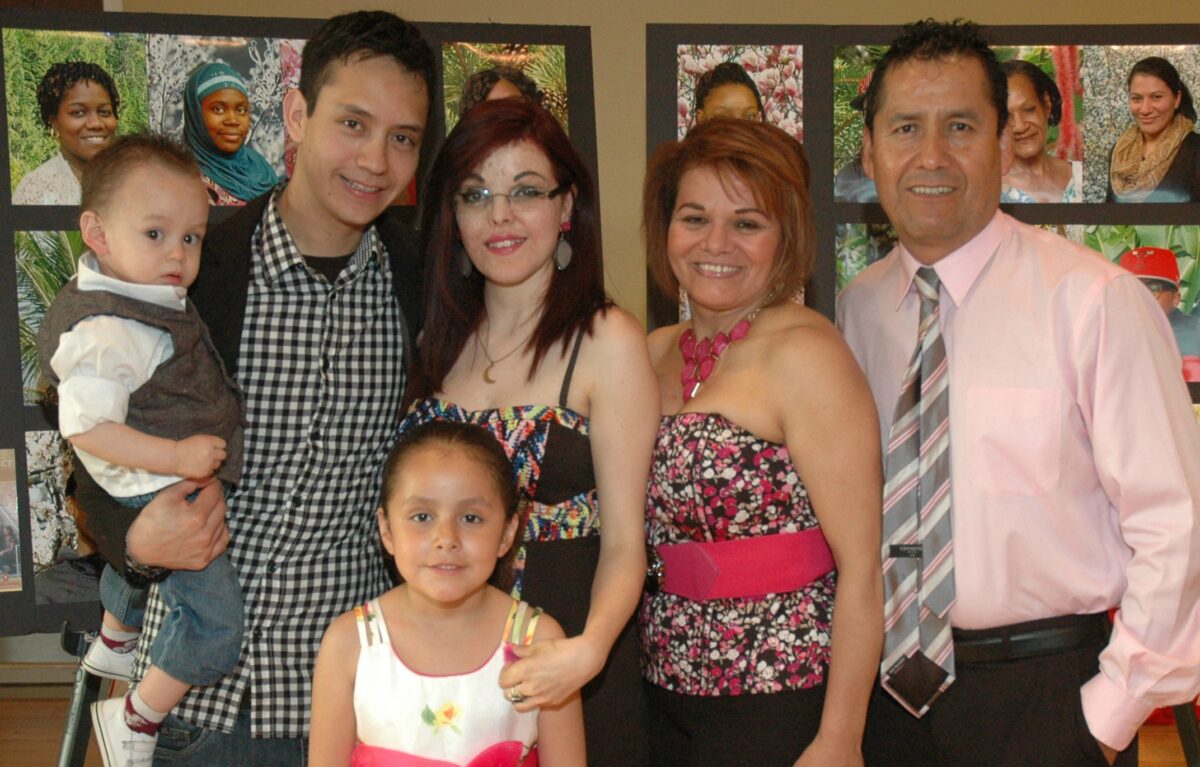 On May 6, the Odyssey Project’s class of 2015 graduated at Union South’s Varsity Hall. It wasn’t an easy journey.

The University of Wisconsin-Madison program offers a college humanities class for 30 adults facing adversity, providing them with free tuition, textbooks, childcare, and a weekly dinner. As director Emily Auerbach noted at the start of the ceremony, this year’s students had more challenges than any class in the Odyssey Project’s 12-year history. She listed hospitalization, homelessness, and incarceration, among other obstacles.

And yet the event could scarcely have been more joyous. Flowers surrounded the podium, and a pianist (Auerbach’s father, Robert) played “On Wisconsin” with lively bongo accompaniment by Odyssey graduate Rockameem. Photographs of over 300 Odyssey alumni covered one side of Varsity Hall, and some of those now-successful grads filled out the large audience. This year’s students approached the microphone one by one to read brief poems or essays, with ecstatic family members shouting their support.

Some of the students were natural-born performers; some wiped away tears. All of them eloquently expressed their struggles and dreams.

In an emotional speech, Kelly Hayes described her life as grim before discovering the Odyssey Project. She was raised in the projects and, she thought, destined for dead-end jobs. She hoped to go to college but thought it beyond her reach. By successfully completing the Odyssey Project, however, Hayes has earned six credits in English from UW-Madison.

“Now that I’ve finished this amazing program, I’ve learned that just getting by is not good enough,” she said, adding, “Now I know I can do this.”

“The Odyssey Project gave me a hope that was long lost within me,” she said. “It gave me light to illuminate my past, and it expanded my mind.”

Rocillo Ramírez also spoke movingly of the fellowship she found in Odyssey: “I no longer feel like I walk alone on this earth.”

Chris Villalpando confessed going down the wrong path in life—a path that led him to prison. He thanked the Odyssey Project instructors for helping him change direction.

“I am on my road to a better life…. It’s a long highway in front of me, and I have no plans of getting off.”

‘What’s common about all of us’

Many other students expressed gratitude to Auerbach and fellow instructors Marshall Cook, Kevin Mullen, Jean Feraca, Craig Werner, and Gene Phillips. Auerbach, in turn, thanked the hundreds of donors and organizations that make the Odyssey Project possible, from the UW-Madison Division of Continuing Studies to the Goodman South Madison Library. Anyone wishing to contribute to the program can learn more here.

Sarah Mangelsdorf, UW-Madison’s Provost and Vice Chancellor for Academic Affairs, took a turn at the microphone to affirm the university’s commitment to accessibility and diversity. She also offered a full-throated endorsement of the humanities, particularly their role in broadening a student’s perspective.

“By studying the humanities, you learn to see the world differently,” Mangelsdorf said. “You see what’s common about all of us.”

Indeed, the Odyssey students appear to have made the most of their immersion in Great Books. Their speeches were peppered with references to Plato, Langston Hughes, and Martin Luther King Jr.

Auerbach reminded them that previous Odyssey graduates now have bachelor’s and master’s degrees, working as nurses, police officers, counselors, teachers. And she assured them that the program would continue to offer support—that the festive graduation ceremony was only a start.

“I promise that we will do our very best to empower you to go all the way to your dreams.”