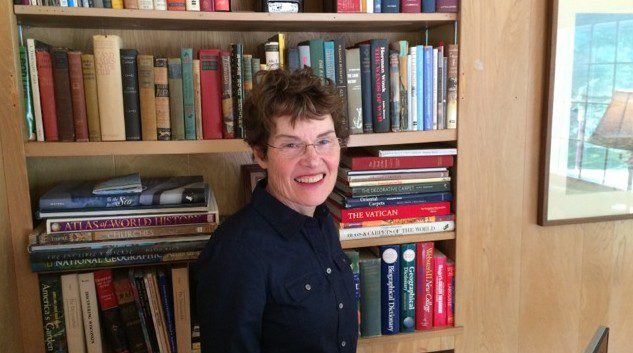 After retiring, Ann Rahn wanted to exercise and nurture the artistic side of her brain—so that’s exactly what she did.

A Madison native and University of Wisconsin-Madison alum, Rahn decided to take classes she was interested in. Her first exposure to the Division of Continuing Studies came in the form of an Italian language class. After waiting 50 years to travel to Italy—she and husband of 36 years, Doug, had been busy raising children and taking care of ailing parents—Rahn booked a trip and immediately signed up for an Italian class.

“Italian class was fun from day one! We learned basic vocabulary, enough grammar to get by, special idioms that made us feel worldly wise, and how to avoid the worst faux pas,” Rahn says. “We could order reasonably comfortably in restaurants and navigate without fear. And we could even pick up snatches of conversations (or at least words) spoken on the street.”

One language wasn’t enough, however, and Rahn moved on to take French language classes, where she was exposed to the diversity of French culture and speaking traditions around the world.

“The atmosphere in both of these programs was very convivial,” Rahn says. “An unexpected pleasure was spending time with new and interesting acquaintances.”

Four generations of Rahn’s family have learned and taught at UW-Madison. Rahn earned both undergraduate and graduate degrees from UW-Madison, did bacteriology research at the university in the 1970s, and later worked in the biotechnology industry; she credits UW-Madison with enriching her life.

For Rahn, this enrichment—in the form of continuing education—embodies the Wisconsin Idea, which she defines as “the belief that the citizens of the state have an inherent right to learn throughout life.”

“I consider the Wisconsin Idea to be the soul of the institution, serving as a moral compass to foster curiosity and creativity throughout the people of our state,” Rahn says. “Therefore in my mind the Division of Continuing Studies is the true embodiment of the Wisconsin Idea.”

Rahn looks forward to continuing her lifelong learning journey with UW-Madison by taking classes through the Division of Continuing Studies.